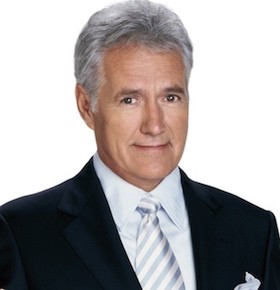 The signature host for nightly trivia amongst the minds of nearly all Americans is celebrity speaker Alex Trebek.  Trebek has been a presence at the dinner tables and family rooms of Americans for decades.  His career as a host has spanned for over 50 years in the entertainment industry, and he his now the longest tenured host of any game show on American television.

Celebrity Speaker Trebek began his career in front of the camera in 1963 for a publication in his home country of Canada.  It wasn’t until a decade later in 1973 when Trebek would make his debut in the United States for NBC as the host of a game show called The Wizard of Odds.  Alex had found his niche in the game show category and continued his work in the sector for a variety of shows including High Rollers and $128,000 Question.  In 1984 Trebek became the host of a little show called Jeopardy!  The show was originally a temporary pilot, but eventually took off and so did the stardom for Trebek.  His calm and clever demeanor has been a mainstay on the program for the last 30+ seasons.  In June of 2014, Trebek broke the Guinness world record for most appearances as a game show host on Jeopardy with his 6,829th appearance.  Throughout his illustrious tenure on Jeopardy Trebek has been awarded 5 Emmy’s for Outstanding Game Show Host. Other shows that Alex has appeared on include The Colbert Report, Saturday Night Live, How I Met Your Mother, Family Guy, and many more.

Alex Trebek has also found a way to impact the world around him through philanthropy in addition to his work as a celebrity speaker.  He is an active participant and contributor to World Vision, and has been a spokesperson for the organization for many years.  In addition he has traveled to several United States military bases around the globe to meet troops and find contestants for Jeopardy!.