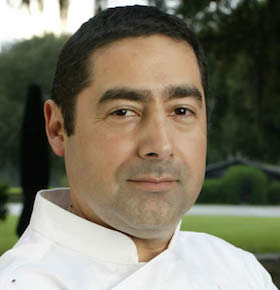 You know that when you receive a title like “The Organic Chef” that you’re going places. Celebrity Chef Speaker Al Rosas grew up in Milwaukee, Wisconsin. Like some of the most avid chefs, Chef Rosas spent much of his childhood learning how to cook alongside his grandmother. By the time he reached elementary school, he was capable of cooking an entire Thanksgiving dinner with little help or instruction. By the age of 15, Chef Al’s cooking career officially began…as a dishwasher. Al Rosas slowly worked his way up through the ranks and became a young chef at Mala Femina, where he would get top marks for his cooking.

After establishing himself as a professional chef, Al Rosas moved his family to Florida, where he discovered the important of local farming, organic foods, and sustainable resources. With his wife suffering from sicknesses due to chemicals in processed foods, Al’s career took a turn for the organic side, using food that was grown without the help of pesticides and meats cut from animals that were never injected with growth hormones. He quickly became famous for his Artisan foods and his support of local farms, thus receiving the name “The Organic Farmer”. In 2008, Chef Rosas received the Cordon D’Or award for Culinary Entrepreneur of the Year. That same year, Chef Al released his first cookbook, The Organic Chef which contains delicious recipes for organic meals.

Today, Chef Al Rosas travels the country as a celebrity chef speaker, teaching audiences how natural, organic foods can make their food taste better and become a healthier option for their families. 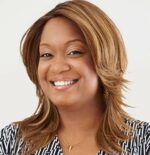 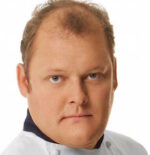