The all-time leading scorer in international soccer history, and sports speaker for hire Abby Wambach is a strong and impactful force not to be reckoned with. Wambach played for the University of Florida and won an NCAA National Championship and four consecutive SEC Championships. She was named Freshman of the Year, first-team All-SEC for 4 years, two-time SEC Player of the Year and twice received SEC Tournament MVP. She led to Gators to the NCAA Final Four as a senior and set the school’s career record for assists, points, game-winning goals, and hat tricks.

The second overall draft pick in the WUSA, Wambach went on to play for the Washington Freedom where she was named MVP after winning the Founders Cup III playing alongside Mia Hamm. At the 2011 ESPY awards, Abby was awarded the Best Play award.

Sports speaker for hire Abby Wambach was on the 2004 winning Olympic team in Athens and has played in the Algrave Cup, the 2007 Women’s World Cup, 2008 U.S. Olympic Women’s Soccer Team and the 2011 World Cup. Abby Wambach is the four time winner of the U.S. Soccer Federations U.S. Soccer Athlete of the Year award. She is currently sponsored by Nike, Gatorade and MVP Health Care and has been booked by the companies to endorse their brand. Contact Celebrity Speakers Bureau today to hire Abby for fundraisers, satellite media tours and sports clinics.

In addition to being an Olympic level athlete, Wambach uses her influence to inspire others. Her new book and New York Times Best Seller, Wolfpack, capture all of the ideas that she shared in her viral 2018 Barnard College Commencement Speech, and describes her personal journey. In Wolfpack, Wambach challenges others to make failure your fuel, lead from the bench, champion each other, and demand the ball. By using her platform to create equality and empower others, Wambach is changing the game.

ACTIVISM: Even though Wambach hung up her cleats and retired from Women’s Professional Soccer in 2015 her fight for women’s equality still stands strong. Motivational keynote speaker, Abby Wambach advocates for fair and equitable pay between men and women athletes as there is a huge current gap between the two. She is dedicated to her mission to promote change and encouraging others to join the battle making her a desirable and influential woman to speak at your next event.

WORK WITH ABBY WAMBACH: Would your organization like to hire Abby Wambach for an endorsement, public relations campaign, or one of a kind appearance at your next conference or special event? Contact Celebrity Speakers Bureau today to hire Abby Wambach or another great sports speaker via email at booking@celebrityspeakersbureau.com . 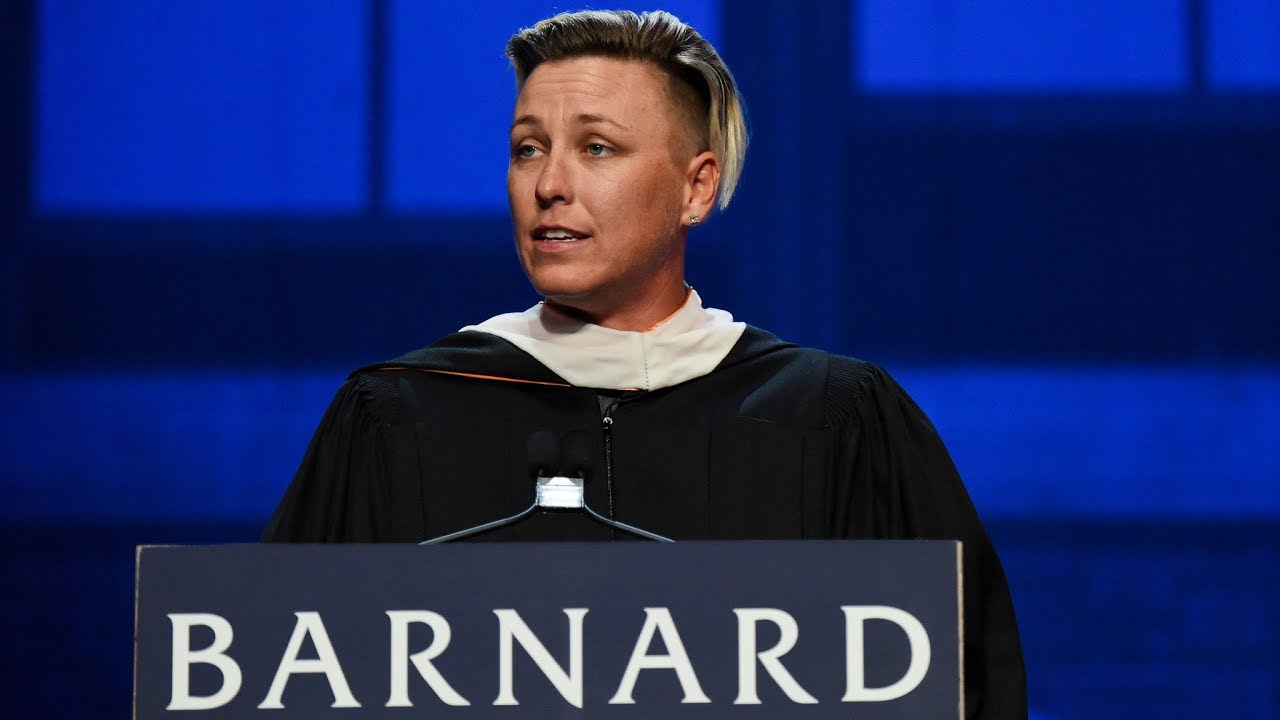