Athletes Who Have Crossed Over from Sports to Celebrity Pitchmen
Toll Free: 833-773-2577
Toll Free: 1/833-SPE-AKRS
booking@celebrityspeakersbureau.com 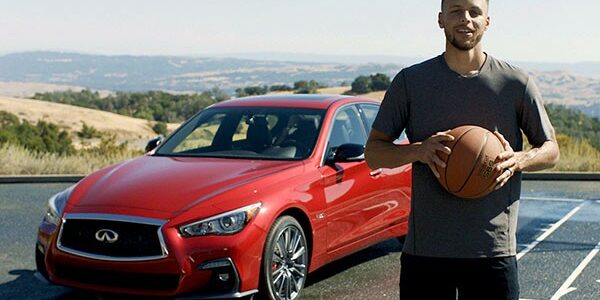 Athletes Who Have Crossed Over from Sports to Celebrity Pitchmen

For companies everywhere, there are a number of different ways to expand your customer reach but the best way has proven to be using athletes to act as your celebrity pitchmen. From Steph Curry to Peyton Manning, athletes with big names are getting major deals to be pitchmen for emerging companies and industry leaders alike.

But what do companies gain by using athletes as celebrity pitchmen?

For one, exposure. Millions upon millions of people are tuned in to watch sporting events and that means those people are very, very familiar with the big name athletes. When you link a top name athlete to your company, you’re tapping into the entire community of fans this athlete has attracted.

Not only will those fans follow their favorite athletes across all social media platforms, but they’ll also be interested in what that person has to say about products. People are far more likely to buy something their favorite athlete is endorsing than if they just happened to see a random commercial for it.

That athlete catches their attention. It makes them pay extra attention to what you’re selling simply because they’re the ones selling it. Not to mention the fact that athletes have one of the broadest fan bases of any celebrity figure. People of all ages tune in to watch sports and using an athlete as a pitchman is a sure way of reaching the broadest audience.

In short, companies who use athletes as pitchmen see sale growth and booming ROI exclusively linked to those specific athletes.

Top athletes have crossed over from sports to celebrity pitchmen!

You’re probably familiar with the majority of these top athletes listed below. Here’s how all of these talented athletes used their voices: 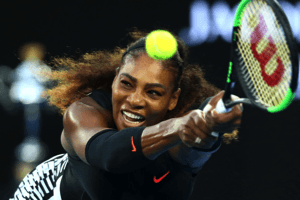 Serena Williams: We all know and love this tennis star. After all she’s accomplished in her athletic career, it’s no wonder big name companies like Tampax, Ford, and Gatorade used her as a celebrity pitchman. Her Olympic gold medals speak volumes to people everywhere and many go out of their way to purchase products she specifically pitches for. She’s scored a lot of deals working with these companies to get their sales up and introduce the brand to many new customers. 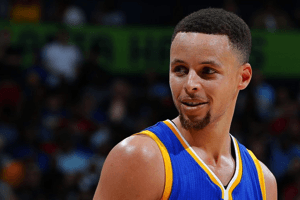 Steph Curry: In the world of basketball, nobody doesn’t know this name. He’s all over the Internet, TV, and social media. This four-time all-star, two time MVP, and two-time champion has earned his fame with eight seasons in the NBA. His pitchman gigs have shown just how popular his reach truly is by working with companies like Under Armour, Brita, and now Infiniti cars. His pitchman presence for these companies is already doing great things for them. 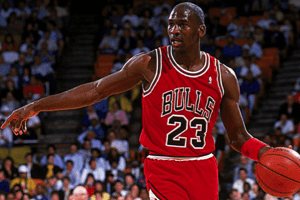 Michael Jordan: This isn’t even someone I need to go into extensive detail over, is it? We all know who Michael Jordan is and what he’s done with his career. He’s a legend on and off the court. And you better believe companies are still making use of his celebrity status years after his athletic career has ended. His list of pitchman gigs is as extensive as it is impressive. He’s spoken for McDonald’s, Hanes, Nike, and many, many more. He’s a marketing madman and companies know this. 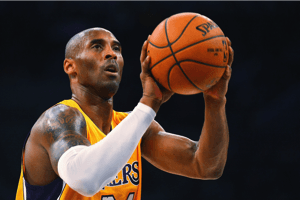 Kobe Bryant: You’ve probably seen him as a pitchman for McDonald’s, Nike, Sprite, Nutella, and many more. The man has a knack for raking in the dough for these big name companies simply because of his elite status and accomplishments. In Kobe’s prime, he gained attention for his basketball skills by becoming a five-time champion, a two-time finals MVP, and holds many records that are still not broken today. With all that acknowledgment, companies couldn’t resist pairing his face with their products. He was one of the initial athletes behind the popular sports drink Body Armour and owns a percentage of the company. 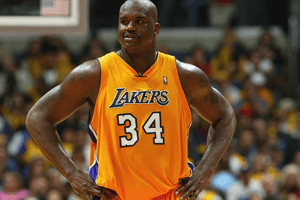 Shaquille O’Neal: The big fella! Shaq makes an incredible celebrity pitchman thanks to his fun-loving personality and celebrity clout that has transcended the sports world. You may remember seeing him pitch for companies like Muscle Milk, Macy’s, Spalding, Vitamin Water, Buick, and the list goes on and on. He’s one of the top athletes who have crossed over from sport to celebrity pitchmen – and for good reason.

Other top athletes that have crossed over to become celebrity pitchmen:

So how do you get the most out of athlete celebrity pitchmen?

For starters, you really need to drill down and understand an athlete’s specific audience. Not all athletes are created equal and they don’t all have the same demographics that will lead to increased ROI. You want an athlete that influences a large number of YOUR target consumers, not just millions of followers. Don’t be blinded by huge follower counts! You also want an athlete that can tell your brand story in a way that makes sense to consumers and doesn’t come off as a straight pitch. Finding a celebrity who believes in your product and actually uses it in their own lives is the best way to create authentic messaging for your celebrity spokesperson campaign.

Don’t wait! Hire a top athlete to act as your celebrity spokesperson today! Contact Celebrity Speakers Bureau via email at booking@celebrityspeakersbureau.com or by phone at (212) 410-2853 to discuss your upcoming campaigns and determine the best athlete to sell your products/services to new and existing customers.