Are you looking to hire a celebrity speaker for your next conference or event in 2019 or 2020? Well, Celebrity Speakers Bureau has got you covered. Below is an outlined list of the 10 trending celebrities at the moment who are blowing up as the biggest names on the speaking circuit. Whether you are looking for one of the hottest new entrepreneurs in the market, or an exemplar of an entertainment icon, we’ve got ’em all listed as a one-stop shop for you to book a celebrity for your next event. Contact Celebrity Speakers Bureau today to hire a Female Sports Speaker or Motivational Speaker for your next corporate event.

After being a U.S. soccer icon for decades, Abby Wambach is focusing on a different venture. After piling up accolades as a player, Wambach has enjoyed retirement as an entrepreneur, author and sports speaker. In the midst of the National Team’s road to the World Cup, Wambach was busy speaking to executives at PayPal in their New York headquarters. Sports speaker Abby Wambach gave a fireside chat with PayPal CEO, Dan Schulman. The speech was broadcasted to global offices in France, Germany, the Netherlands and Brazil. She described how she reinvented herself after soccer. After delivering the Barnard commencement speech one year ago, motivational speaker for hire Abby Wambach made speaking her latest business venture. She then created, Wolfpack Endeavor, a business helping mentor women and change the culture of companies, leading her to be a top speaker for hire among America’s corporate brands.

Olympic icon Dara Torres has taken a break from winning Gold Medals to focus on sharing her inspiring journey. The motivational speaker for hire has wowed audiences with her inspiring comeback story. She won a Gold Medal in her 40s even after becoming a mom. In 2019, Torres took the stage at the YMCA Inspiration Breakfast in Florida as well as Mondelez International. She shared her moving message derived from her acclaimed book Age is Just a Number. Torres also hosted the 2019 International Swimming Hall of Fame Induction Ceremonies, welcoming in the new class of star swimmers.

Fierce Olympic competitor and sports speaker for hire Aly Raisman is known for her strength and determination in fighting for justice. The 6x Olympic Medalist has been outspoken in her fight against the sexual assault case involving Michigan St. and the U.S Women’s Gymnastics Team. Last year Raisman gave a powerful speech on the ESPYs stage. Alongside 14o sexual assault survivors, she urged changes to be made not just in sports, but society. Raisman has since become the forefront advocate and speaker for sexual assault prevention and female empowerment. In addition Lifetime announced they would be producing Raisman life inspired documentary. From Darkness To Light, capturing the real story of her fight for justice will premier in 2020. 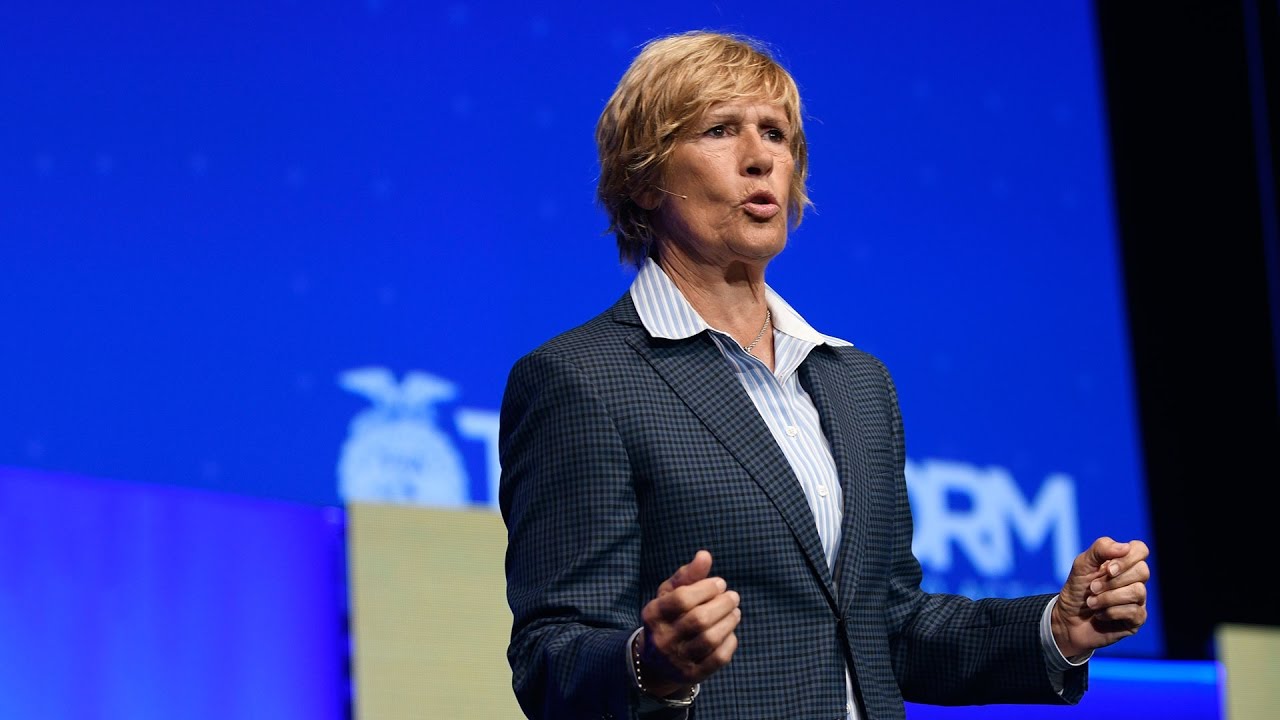 Motivational speaker for hire Diana Nyad has achieved seemingly unimaginable feats. Known as the greatest long distance swimmer in the world, Nyad has shared her message of perseverance and grit on countless stages. For example, Good Morning America, Today, ESPN and more. Nyad spoke at the 89th National FFA Convention & Expo in 2016 and delivered the commencement speech at Middlebury College. She even graced the TED stage multiple times to deliver a moving speech on her courageous 100 mile long swim through jelly fish infested waters from the Bahamas to Florida. Sports speaker for hire Diana Nyad also does a weekly five-minute radio piece on sports for KCRW called “The Score”. Nyad frequently travels the speaking circuit with her inspirational messages. 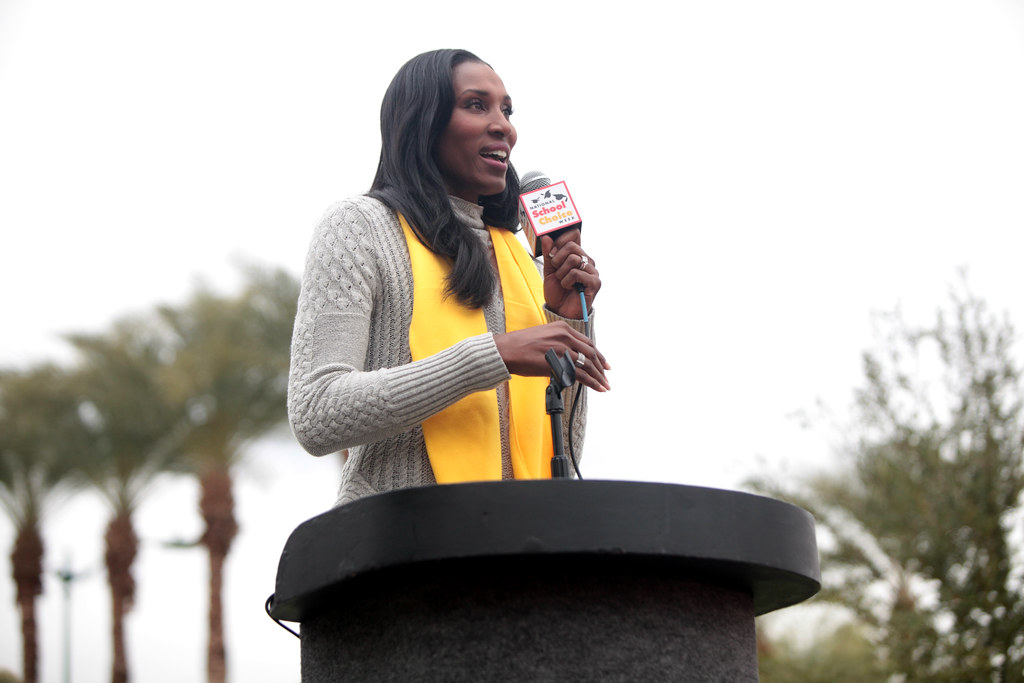 WNBA Hall of Famer and sports speaker for hire Lisa Leslie has inspired sports fans athletes, and women alike. Leslie has shared her journey to the WNBA in a moving piece in the players tribune, and continue to share her message around the country. The 8-time All Star was inducted into the Basketball Hall of Fame in 2015. She’s since spoken at School Choice Week rally at the Arizona State Capitol building and recently appeared on the ABC show, Speechless. Additionally, she was honored at the BET Awards in 2013. Leslie often does interviews sharing her insights on basketball and life featuring on Larry King, MadameNoire and ESPN.

Laila Ali, former undefeated boxer, is a become a popular activist, philanthropist, & health and fitness expert. On top of that she has succeeded as an inspirational and empowering female speaker. Ali recently served as president of the Women’s Sport Foundation, one of the largest athlete organizations around. She has also recently shared her message at various events including the 90th National FFA Convention & Expo, and the SHRM 2017 Annual Conference & Exposition in New Orleans. She shared her “All In” mantra, inspiring the audience to be the most they can be. Ali also delivered an emotion tribute to her father Muhammad Ali at the BET Awards in 2016. 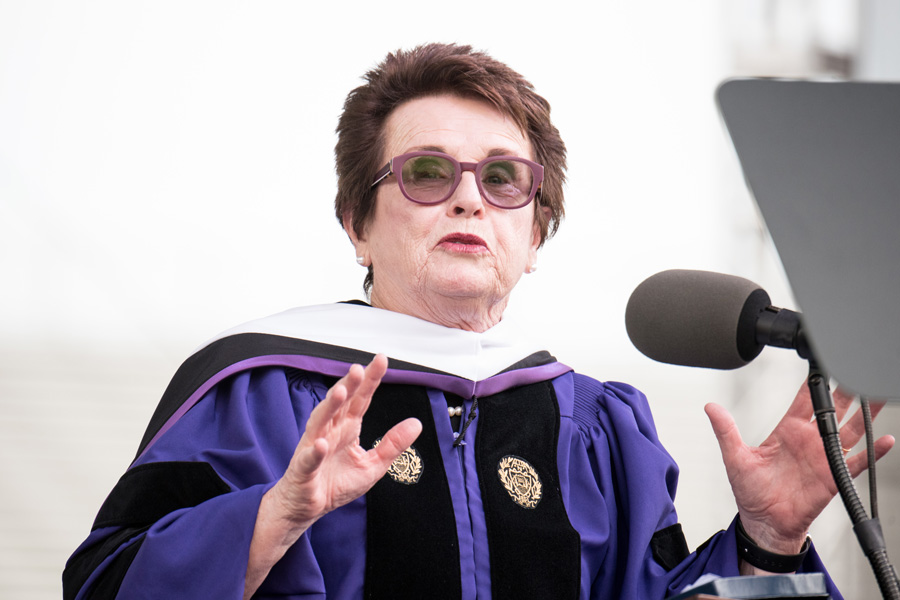 The woman who paved the way for women and athletes everywhere, sports speaker for hire Billie Jean King continues to inspire and empower. The 39-time Grand Slam champion transcends sports and politics, becoming a symbol for the women’s rights movement. She continues to use her stature to spread messages surrounding her success in sports and difference making off the court. She famously spoke at the FIFA Women’s Conference, capturing the three pillars of her powerful insight; acknowledging your inspirations and partners, bringing women into leadership and offering her historical perspective. She also delivered commencement speeches at Northwestern and Williams College. In addition to being a sought after speaker, motivational speaker for hire Billie Jean King has given speeches at the Arthur Ashe Institute and graced the TED stage.

Current USA Soccer star and sports speaker for hire Megan Rapinoe is one of the most outspoken athletes in the media. Co-Captain for the US Team since 2018, Rapinoe is a fierce leader. She supports numerous LGBTQ organizations, including being an ambassador for Athlete Ally, alongside Abby Wambach, and was awarded the board of directors Award by the Los Angeles Gay and Lesbian Center. Rapinoe also has been outspoken about women receiving equal pay. Sports speaker for hire Megan Rapinoe can be seen in campaigns for Nike, Samsung, and Vitamin Water, as well as on the national stage as she vies for the World Cup this summer.

Another world class soccer star that is one of the most marketable sport speakers in the industry is Alex Morgan. Olympic Gold Medalist, NY Times Bestselling Author, FIFA World Cup Champion, and 2018 US Soccer Female Athlete of the Year, Morgan’s done it all. While she currently leads the U.S. Women’s National Team towards the World Cup, she is also one of the most influential athletes off the field. She has been outspoken alongside fellow U.S. soccer teammates Megan Rapinoe and Abby Wambach in demanding equal rights for female athletes. As the face of U.S. soccer, Morgan is a top sports speaker for hire. 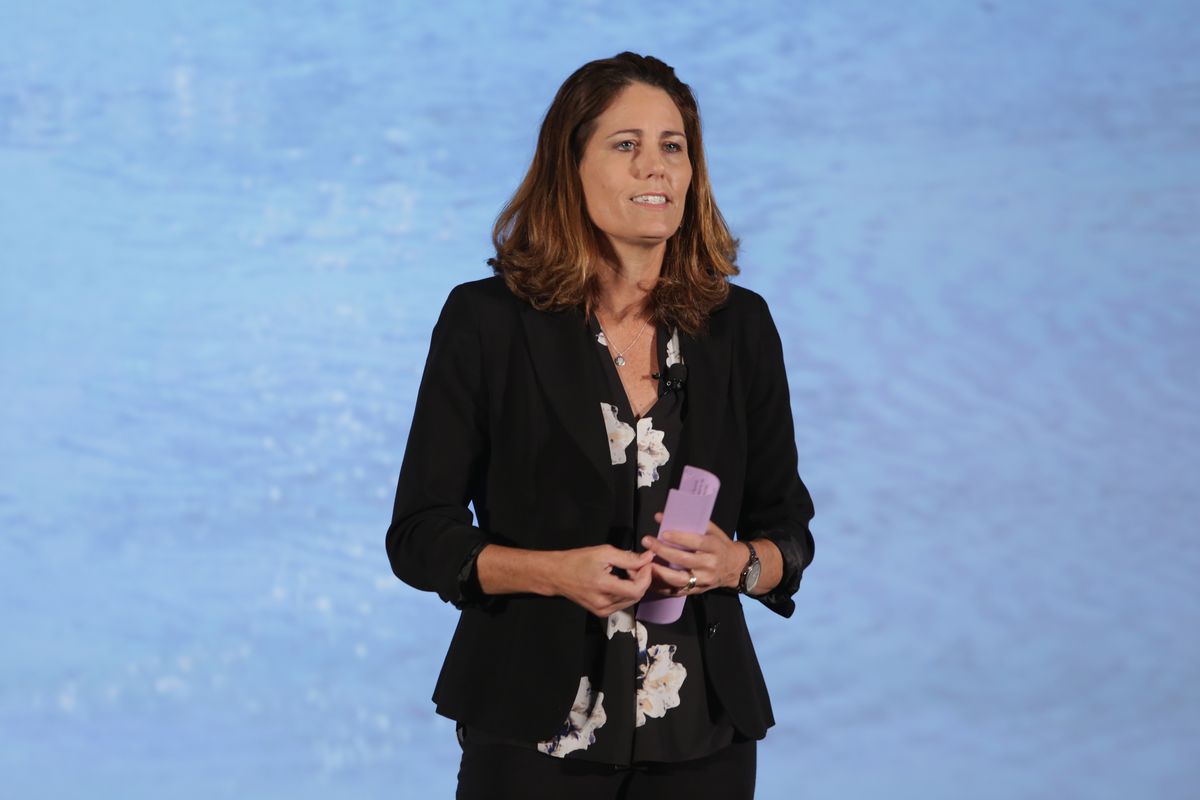 Women’s Soccer legend Julie Foudy has been engulfed in soccer for decades and continues to carry on the legacy of U.S. Women’s Soccer off the field. Currently acting as an analyst for ESPN, sports speaker for hire Foudy acts as a color commentator for women’s soccer telecasts, sharing her wisdom and knowledge with old and new fans alike. In addition, Foudy is an author, has served as President of the Women’s Sports Foundation, and co-founded the Julie Foudy Sports Leadership Academy. Foudy delivered the keynote at the SheBelieves summit last year, sharing her message on female empowerment and leadership.