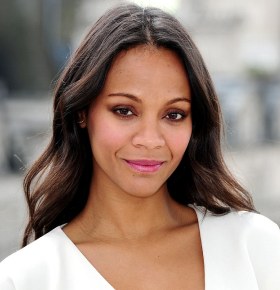 American actress and Celebrity Speaker Zoe Saldana has become well-known for her performances of strong lead female roles in box-office hits such as James Cameron’s award-winning film Avatar and the recent big-screen adaptations of Star Trek and sequel Star Trek Into the Darkness. Celebrity Speaker Zoe’s characteristics as a strong, determined actress have helped her to expand her career to play a wide-variety of major and influential roles. In 2007 People magazine named her to their list of 100 Most Beautiful People in the World and she has consistently been ranked high on Maxim magazine’s Hot 100 list peaking at #37.

Celebrity Speaker Zoe joined an acting group called FACES in Brooklyn, New York, which hoped to use its performances to send positive messages to kids about the dangers of substance abuse and other hot topic issues. Her first major role in a film came as a dancer in the 2000 film Center Stage before she would leave the FACES group to star in the 2002 comedy drama Crossroads, which also starred signer Britney Spears. Zoe starred as Nick Cannon’s love interest in the popular teen film Drumline before portraying her role as Anamaria in Pirates of the Caribbean: The Curse of the Black Pearl. Many expected her to reprise her endearing pirate character but instead she would become a part of the new Star Trek family as communications officer Uhuru. Zoe would star in Colombiana, The Terminal and Takers before reprising her role as Uhuru in the Star Trek sequel in 2013. She is now on course to reprise her role of Neytiri in Avatar 2 in 2017.

Zoe has been featured on the cover of many of the popular publications of today including cover shoots for Cosmopolitan, Glamour, and Esquire magazines. In addition to her acting career Zoe also appeared in print and TV advertisements for her Calvin Klein line Envy.