For sixteen years, Celebrity Speaker Vera Wang was a senior fashion editor for Vogue before joining Ralph Lauren as a design director for two years. In 1990, Vera opened her own design salon in the Carlyle Hotel in New York with her signature bridal gowns.

Celebrity Speaker Vera Wang makes wedding gowns for celebrities and well-known public figures such as Ivanka Trump, Alicia Keys, Jennifer Lopez, Victoria Beckham, Kim Kardashian and many others. She also designs costumes for figure skaters and the two-piece uniforms worn by the Philadelphia Eagles cheerleaders. Vera has been referenced in many TV shows, magazines and movies. She has expanded her brand through her fragrance, jewelry, eyewear, shoe and house ware collections. She also has a line called Simply Vera which is sold at Kohl’s.

Twenty years after opening her first bridal boutique, she was awarded the Leadership in the Arts Award by the Harvard-Radcliffe Asian American Association. She was also awarded the Geoffrey Bean Lifetime Achievement Award in 2013. Vera Wang is available for personal appearances, speaking engagements, and autograph signings.

TO WORK WITH VERA WANG: Celebrity Speaker Vera Wang can be hired for endorsements and events in roles such as public speaker, autograph signings, SMT’S, and public relation campaigns. 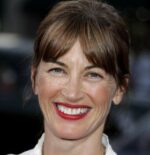 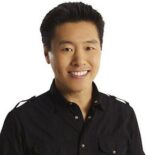