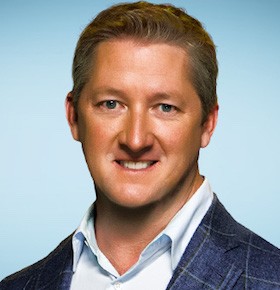 Tim Love is a Texan chef who is famous for cooking urban western food. Celebrity Chef Speaker  Tim Love’s career in cooking would begin accidentally while he was working as a chef in Knoxville, Tennessee while going to school at the University of Tennessee. Chef Tim quickly found a love for cooking, and began to work pro-bono in kitchens throughout Knoxville in order to gain experience as a chef. His first major job would have him running the Kiva Grill kitchen, one of the most upscale restaurants in the Knoxville area. Shortly after college, he moved to Colorado where he become a chef at the Uptown Bistro in Frisco and won countless awards during his time there. Tim realized that his roots were still in Texas, and in 2000, he opened the Lonesome Dove in Fort Worth, Texas. His western-style bistro received top reviews, and a second location was soon opened in New York City. While the Lonesome Dove in New York didn’t fare as well, he is still planning to open another Lonesome Dove back in Chicago. His newest restaurant, Queenie’s Steakhouse, opened in Texas in 2013. In 2015, the Chicago Food + Wine Festival, which he founded, will debut in August.

Celebrity Chef Love is a famous television personality whose career began when he appeared on Food Network’s series Iron Chef America in a Chile Pepper battle against Iron Chef Masaharu Morimoto. Chef Tim was victorious over Chef Morimoto and from there, went on to compete on Top Chef Masters which aired on Bravo. Love has also appeared on The Best Thing I Ever Ate, The Great Food Truck Race, and as a guest judge on Top Chef Season 6 and season 9 alongside regular celebrity chef judges Tom Colicchio, Padma Lakshmi, Gail Simmons, Toby Young, Emeril Lagasse, and Hugh Acheson. Chef Love’s television career has also led to cooking segments on such programs as CBS’s The Early Show, NBC’s Today Show, ABC’s Good Morning America, and The Chew.