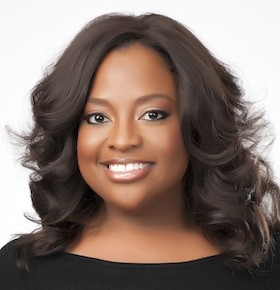 Sherri Shepherd booking agent is proud to offer the Emmy Award winning Celebrity Speaker who has made quite the name for herself on daytime television in recent years. Perhaps most widely known for her 7 years spent as a co-host of ABC’s The View, Sherri and her co-hosts were held in high esteem, being named to Time magazine’s 100 Most Influential People in the World list and ranking 11th by Forbes magazine on their list of the 30 Most Influential Women in Media.

Celebrity Speaker Sherri started her career in entertainment as a standup comedian, later moving to television and appearing as a guest on Everybody Loves Raymond, Living Single, Suddenly Susan and The Jamie Foxx Show. Prior to becoming a co-host on The View, Sherri got her break as a main character named Ramona Platt on the TV comedy Less than Perfect.

Her recent career moves post-daytime television have put her on set as an actress on the big screen. Sherri has appeared in films such as Guess Who, Beauty Shop, Cellular, Madagascar: Escape 2 Africa and Precious, landing her countless interviews with talk show hosts, including Ellen DeGeneres. In fact, Celebrity Speaker Sherri currently holds the record for the greatest number of times a guest has appeared on The Ellen DeGeneres Show.

Shepherd recently dabbled in writing, authoring her first book, Permission Slips: Every Woman’s Guide to Giving Herself a Break. She also co-wrote the New York Times Bestseller, PLAN D: How to Lose Weight and Beat Diabetes Even If You Don’t Have It. She even gave dancing a try, appearing on Dancing With the Stars in March of 2012.

Along with her achievements as an author, comedian, actress, and talk-show host, Sherri Shepherd also devotes her time to partnering with the YAI National Institutes to raise awareness for people with disabilities. The cause rings close to home as her son, Jeffery, suffers from learning disabilities. Celebrity Speaker Sherri has had an exciting career in TV as a co-host and comedian while gaining a large group of fans along the way. Her humor and ability to laugh at her own expense makes her a great and entertaining keynote speaker.

Sherri has recently been a part of the video series “Who Am I” on Oprah.com. The series “Who Am I” delves into the universal idea of self-identity and what it means to look within oneself for insight to carry through one’s daily life. In her video Sherri takes a moment to reflect inward at what personality traits have defined her as a person and invigorated her while pursuing her life goals. The video allows anybody to get to know Sherri in a more in depth manner as well as see that Sherri takes the time to give back to others.

Contact Sherri Shepherd booking agent for more details about what she can do for your next corporate entertainment event.