Seth Goldman, recognized as a mission-driven leader, is the co-founder and former CEO of Honest Tea, the nation’s top selling organic bottled tea company. Since forming the company, Goldman has since moved on to a new role as TeaEO Emeritus. He is also executive chairman of Beyond meat, a start-up in rapid growth based in California and an Innovation Catalyst for Coca-Cola Company’s Venturing & Emerging Brands, a part-time position he has held since November 2015.

Goldman studied government affairs in Harvard University in 1987 and then in 1995 he earned MBA degree from Yale School of Management, where he came up with the idea of a low-calorie but flavorful beverage and met his future co-founder Barry Nalebuff, a professor at Yale. Just one year after Honest Tea created, its revenue had increased to $1.1 million from $250,000 in 1998. With Goldman’s lead, Honest Tea had graduated from a Whole Foods favorite to a beverage that’s now available nationwide with estimated 100,000 outlets across the U.S. today. It was also recently ranked by the Huffington Post as one of the leading “Eight Revolutionary Socially Responsible Companies” and the Better World Shopping Guide called it one of the “Ten Best Companies on the Planet.”

In 2013, Goldman joined Beyond Meat as executive chair and as a member of their board of directors. Beyond Meat features meatless food which are made directly from simple plant-based ingredients, hoping to solve growing issues attributed to livestock production.

In November 2013, Goldman made his appearance at TEDx MidAtlantic to talk about how entrepreneurs can change society by sharing the origin story of Honest Tea. In 2015, Goldman was named the #1 Disruptor by Beverage World, and Beverage Executive of the Year by Beverage Industry magazine. He has also been recognized as an Ernst & Young Entrepreneur of the Year and the Washington DC Business Hall of Fame. In 2018, Partnership for a Healthier America recognized Mr. Goldman with its Visionary CEO award.

In addition to being a successful entrepreneur, Goldman is also an avid writer. He penned a New York Times Bestseller Mission in a Bottle, alongside his Honest Tea co-founder, which was published in 2013. The book tells the story of how two outsiders to the beverage industry managed to overcome the odds in an irreverent comic book form. Reporter Jason Abbruzzese reviewed the book for Financial Times, commenting: “The narrative is at its best when balancing the personalities of the founders: Goldman’s socially conscious side and Nalebuff’s economic expertise.”

With such extensive expensive in the business world across many different ventures, Goldman can be an ideal speaker discussing growth, leadership and innovation at any event. 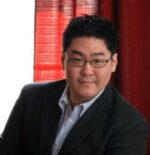 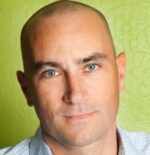