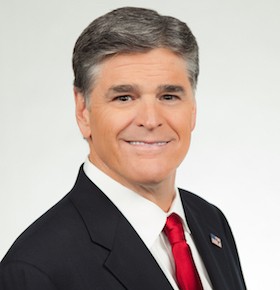 Influential enough to have a television and radio show named after him, celebrity speaker Sean Hannity has made it onto the Forbes “100 Most Powerful Celebrities” list at number 86. Beginning his career at WVNN in Alabama, then to WGST in Atlanta, Hannity had worked all over the industry by the year 1992. Hoping to further cultivate his skill, Hannity decided to leave WGST for the New York based radio program WABC in 1996, where he substituted for their afternoon drive time host during Christmas week. Impressed with his performance, WABC decided to give Hannity a full-time slot in 1997 for a late night talk show, until he eventually took over his current WABC afternoon drive time slot in 1998. In 2001, The Sean Hannity Show premiered on over 500 national radio stations, which continues to play on radio stations around the United States today.

Making his debut from radio to television, Hannity was hired by Roger Ailes of Fox News in 1996 to host a television program with Alan Colmes entitled Hannity and Colmes. The series shared both Hannity’s conservative point of view and Colmes’ liberal perspective on differing topics, which they worked on together until the show’s last episode in 2009. In that same year, Hannity launched his current show Hannity, which features a format similar to his original 2007 solo show Hannity’s America.

From radio, to television, and now books, Hannity has written three New York Times bestsellers. His first one published in 2002 is entitled Let Freedom Ring: Winning the War of Liberty over Liberalism, and it recounts Hannity’s view of the world’s current state.  His 2004 book, Deliver Us from Evil: Defeating Terrorism, Despotism, and Liberalism, relays his opinions on various world leaders and their views in comparison to his. Hannity’s third and final 2010 book is called Conservative Victory: Defeating Obama’s Radical Agenda, in which he calls readers to action for a fight against President Obama’s national plan.

Even if you do not agree with his views, you can concur with his philanthropic efforts. According to WHIO, his country music-themed freedom concerts have raised over nine million dollars for charity. In addition to his humanitarian achievements, he has also been given a variety of awards for his work in the radio and television industry. His awards include a Marconi Award from the National Association of Broadcasters in 2003 and 2007, to three consecutive National Talk Show Host of the Year Awards by Radio and Records magazine — and now the Forbes 86th Most Powerful Celebrity.