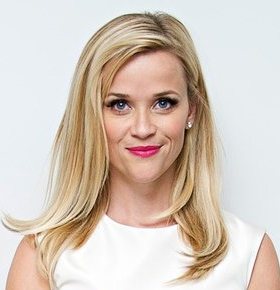 Reese Witherspoon has been lighting up the screen in movie theaters nationwide for over two decades as an actress and producer. She has starred in many memorable roles including her first film, The Man in the Moon. From there, Reese went on to star in lead roles in several box office hits including Fear with Mark Wahlberg, Pleasantville with Tobey Maguire, Cruel Intentions with future husband Ryan Phillippe and Sarah Michelle Gellar, and the film Election for which she received her first nomination for a Golden Globe Award in the Best Performance by an Actress in a Motion Picture – Comedy/Musical category.

Witherspoon’s breakout role came in 2001 when she played the character Elle Woods in the hit comedy film Legally Blonde alongside fellow actors Luke Wilson and Selma Blair. The following year she starred with actors Josh Lucas, Patrick Dempsey, and Candice Bergen in Sweet Home Alabama which would become Reese’s highest grossing film thus far. In 2005 she portrayed the late June Carter in the film Walk the Line which follows the life of country music star Johnny Cash, played by Joaquin Phoenix. Witherspoon received much praise for her role in the film and won her first Oscar for Best Actress and first Golden Globe Award in the Best Performance by an Actress in a Motion Picture in 2006.

Throughout her successful career, celebrity speaker Reese Witherspoon has also guest starred on television shows as well including Friends where she played the sister of Jennifer Aniston’s character, Rachel Green. She has also appeared on The Oprah Winfrey Show, Live with Regis and Kelly, Conan, The Ellen DeGeneres Show, Chelsea Lately, Good Morning America, Late Night with Jimmy Fallon, and countless other talk shows. Reese has appeared on the covers of all popular women’s magazines including Elle, InStyle, Vogue, Cosmopolitan, Glamour, Marie Claire, and Vanity Fair, to name a few. In January 2015, it was announced that Witherspoon will collaborate again with Election director Alexander Payne in his upcoming project Downsizing which will also star Matt Damon.