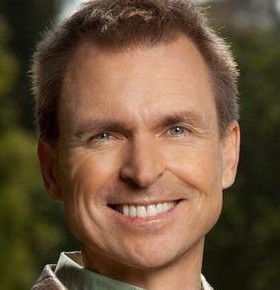 Most people may not recognize the name nearly as quickly as they recognize the face of television host, actor, producer, reporter, and celebrity speaker Phil Keoghan. The New Zealand native is perhaps most widely known as the host of the popular reality competition series, The Amazing Race, which airs on CBS. Going into his twenty fourth season, Keoghan has been the host of the show for each of the two hundred seventy one episodes that have aired since 2001, traveling all over the world for filming. For his many years of work on The Amazing Race, Keoghan has received nine Primetime Emmy Awards.

Phil has worked with several contestants who have set out on huge endeavors after being inspired during their time on the show. One such contestant was Blake Mycoskie who created TOMS shoes after competing in season two of the show where he traveled to Argentina; the company not only produces shoes, but donates one pair of shoes to children in poor countries for each pair sold.

Phil Keoghan is also an author of the bestselling book, No Opportunity Wasted: Creating a Life List. Inspired by his own near death experience, the book aims to encourage people to embrace life, get over their fears, and live more fully. Phil’s book went on to spawn a show, No Opportunity Wasted, which he also hosted in 2004. It also inspired Keoghan to create a line of No Opportunity Wasted (NOW) products which include a topical ointment, NOW Road Rash, as well as the NOW snack bar, NOW Energy Bar, and  the NOW A3 bar. Keoghan has also appeared on several other television programs throughout his career including the Rachael Ray show, Live with Kelly and Michael, Fox After Breakfast, The Oprah Winfrey Show, The Late Late Show with Craig Ferguson, and many others.