Sports speaker for hire Paul Pierce is a 10x NBA All-Star and NBA Champion. Spending time with the Boston Celtics, Paul, dubbed “The Truth”, delivered countless game-changing moments, and a championship to the city of Boston. Pierce is currently an NBA Studio analyst for ESPN working on NBA Countdown and The Jump.

Drafted out of Kansas to the Boston Celtics, Pierce was an instant star and cemented a legacy comparable to some of the all-time greats within Boston’s storied basketball pedigree. Pierce spent his first 15 seasons in the league with the Celtics, receiving 10 All-Star Game selections, and winning the coveted Finals trophy in 2008 against the Los Angeles Lakers. Pierce teamed up with fellow All-Stars Kevin Garnett, Ray Allen and Rajon Rondo to win, and would accompany Garnett to Brooklyn when he was traded in 2013. Pierce took the next step in his career, continuing to be a contributing piece on playoff teams for the Nets, Wizards, and Clippers, through his retirement in 2017.

In 2002, Pierce founded the Truth Fund. Playing on his epic nickname and his love for giving back, he created the Truth Fund to provide educational opportunities for under-served youth. Part of this initiative included The Truth on Health Campaign, encouraging youth to live healthier lives by incorporating physical fitness and healthy eating. Later that year, Pierce received the NBA Home Team Community Service Award for his efforts and commitment to the Boston community. Pierce also served as the spokesperson for the NBA’s Read to Achieve Program, hosting holiday dinners and celebrity events to raise awareness for various causes. Later in 2007, Pierce established the Paul Pierce Center for Minimally Invasive Surgery at Tufts Medical Center and Floating Hospital for Children. He currently sits on the Board of Governors for the hospital and continues to make a change in multiple communities, including rebuilding basketball courts in Santa Monica and renovating parks in downtown LA.

After his retirement, Pierce was hired by ESPN to work as an NBA Studio Analyst, consistently appearing and giving his hot takes on NBA Countdown, alongside Michele Beadle, and other former NBA stars Jalen Rose and Chauncey Billups, as well as The Jump, with Rachel Nichols, and Hall of Famers Scottie Pippen and Tracey McGrady.

Pierce’s legacy as a hard-nosed scorer on the court and an avid activist off the court lasts to this day. His jersey number #34 was retired by the Boston Celtics and his alma mater Kansas. Pierce is the second leading scorer in Celtics history with over 24,000 points and will surely be a Hall of Famer when his eligibility comes in a few years.

WORK WITH PAUL PIERCE: Sports Speaker Paul Pierce can be hired for endorsements and events in roles such as a public speaker, autograph signings, SMT’S, and public relation campaigns. 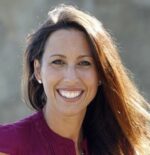 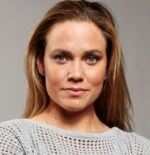