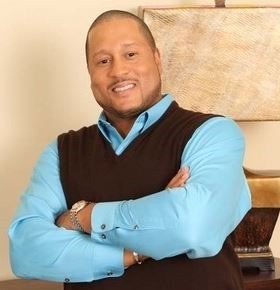 Celebrity chef Pat Neely is a media personality, restaurateur, and cookbook author who is most well-known for his television cooking shows on the Food Network alongside his ex-wife Gina Neely, Down Home with the Neelys and Road Tasted with the Neelys.

Chef Pat Neely got his start as a television personality appearing on Paula Deen’s Food Network series, Paula’s Home Cooking in 2007. Chef Deen decided to help Chef Pat and Gina to get their own TV series by having her sons Jamie and Bobby Deen feature the Neely’s downtown Memphis restaurant, Neely’s Bar-B-Que on their Food Network series, Road Tasted. Soon after, the Neely’s took over the series for the Deen Brothers in addition to their own show, Down Home. Since then, Chef Pat and Gina Neely have made guest appearances on countless television programs including ABC’s Live with Kelly and Michael, Ace of Cakes, the Rachael Ray show, The Next Food Network Star, NBC’s Today Show, The Chew, The Talk, and The Wendy Williams Show.

Throughout their career on television, the power couple saw success in their restaurant as well as their family’s restaurant. After Neely’s Bar-B-Que’s spot on Road Tasted, Pat Neely’s aunt’s restaurant, Jay-Bee’s Bar-B-Que, located in Garena, California, was featured on Celebrity Chef Guy Fieri’s hit reality cooking series, Diners, Drive-Ins and Dives. With all of the positive publicity, both restaurants increased in sales and Chef Pat and Gina were able to open three other Neely’s Bar-B-Que locations, an additional Memphis location and two in Nashville, Tennessee.

In 2009, Chef Pat and Gina Neely published their first cookbook, Down Home with the Neelys: A Southern Family Cookbook. The book received positive reviews from Amazon.com and Publishers Weekly, and went on to become a bestseller. They released their second book in 2011, The Neelys’ Celebration Cookbook: Down-Home Meals for Every Occasion.