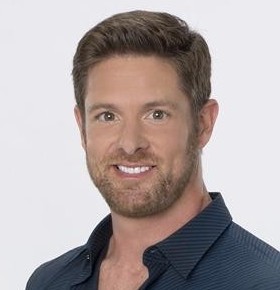 Motivational Speaker Noah Galloway has one motto: No excuses. The former Sergeant in the 1st of the 502 Infantry of the 101 Airborne Division in Fort Campbell, Kentucky defines the term resilient. Follwing the 9/11 attacks, Wellness Speaker Noah gave up his studies at the University of Alabama Birmingham and enlisted in the military. He was a part of the initial invasion during Operation Iraqi Freedom. Just 3 months into his second term, Noah lost his left leg and half of his left arm during an explosive attack in 2005.

The endless months of physical and mental rehabilitation that followed were not easy. It was during this time that Noah found the strength to use his past experiences as motivation for himself and others. In 2014, he was featured in an inspirational cover story in Men’s Health magazine that lead to interviews on talk shows like The Ellen DeGeneres Show and The Today Show. Most recently in 2015, he was chosen as a celebrity contestant appearing on season 20 of Dancing With The Stars.

Motivational Speaker Noah Galloway was a fitness fanatic before entering combat but his injuries left him withdrawn, detached and dejected. After struggling with alcohol abuse issues, he realized he needed to make a change for the better. From that day forward, Noah has challenged himself to reach new heights as a fitness enthusiast and personal trainer. Noah has competed in Crossfit, Tough Mudder and Spartan events. Along with these physical activities, Noah travels the country sharing his inspirational story and offering motivation to various audiences such as veteran’s organizations, corporations and students. He started his own foundation The No Excuses Charitable Fund in part to help injured veterans rehabilitate and help reduce childhood obesity in Alabama.

Motivational Speaker Noah Galloway is a hero. Not only for his service to our country but also for the way he uses his own life to better the life of others.