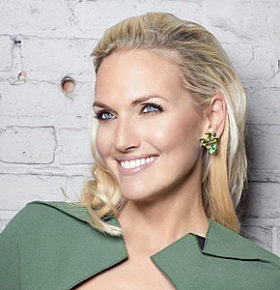 Celebrity speaker Monica Pedersen is a star on the rise in the home and garden industry. As an interior designer, lifestyle expert, and television personality, Pedersen has starred on several programs on HGTV. Starting in 2008 Monica has starred in TV movies on the HGTV network including HGTV Dream Home 2008, HGTV Dream Home Giveaway 2008, Home of the Holidays, Change the World: American Heroes, Halloween Block Party 2011, and HGTV Smart Home 2013. She has also appeared in the series Designed to Sell as a designer helping homeowners to make their houses more desirable to home buyers.  From 2009 through 2011 she hosted the show Bang for Your Buck where she helped homeowners get the most out of their budget when renovating their homes. The show also features fellow designers and Vern Yip, David Bromstad, and Lisa LaPorta who share the hosting duties with Monica Pedersen.

As her career continues to blossom, Monica Pedersen is asked to appear on numerous talk shows to share her talents in design. She has appeared on NBC’s Today Show, Live with Regis and Kelly, Fox News, The Joy Behar Show, Blank Canvas, and many more. She is also frequently featured in print publications including People Magazine, Sheridan Road Magazine, Domino magazine, the Chicago Tribune and in The New York Times. Most recently, Monica was asked to join the new NBC reality design series, American Dream Builders as a judge alongside former NFL player turned landscape architect Eddie George and famous designer Nate Berkus who will serve as host of the show.