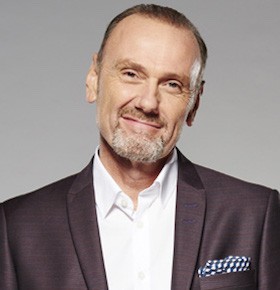 Celebrity Chef Speaker Michael Bonacini is a co-founder of Oliver & Bonacini Restaurants, a renowned fine dining restaurant company that owns 11 restaurants in Ontario. He is well-known for being the host of Food Network Canada’s show Cook Like a Chef.

Celebrity Chef Speaker Michael Bonacini attended chef school in Britain and in 1985, he landed a prestigious internship with Chef Anton Mosimann at London’s Dorchester Hotel. Later in the year, he was hired as Executive Chef at the Windsor Arms Hotel and Centro Grill & Wine Bar. In 1993, Bonacini partnered with Peter Oliver in forming a New York style bistro named Jump, which is one of Toronto’s hottest business lunch and downtown dinner destinations. Jump’s major success has led to substantial growth within the restaurant, including quick service, catering, an artisan bakery, and a chocolate shop. In addition to Jump, Bonacini notably owns Auberqe du Pommier, which serves French cuisine, and Biff’s Bistro, a modern Parisian eatery.  In 1996, Bonacini was awarded the Ontario Hostelry Institute’s first ever Gold Award honoring his contribution to culinary excellence in Ontario. In addition to owning outstanding restaurants, Bonacini’s company has a private dining and events division, Oliver & Bonacini Events, which manages a number of large-scale event facilities. In 2012, the company opened a full-service Event Planning Studio, employing over 20 dedicated event planners. Malaparte, one of Oliver & Bonacini Event’s venues, was named the Best Rooftop Space for Meetings and Events in North America by BizBash. In addition, Arcadian was named the Best Ballroom in Canada by Biz Bash in its 2013 Event Style Awards.

Bonacini is the host of Food Network Canada’s Cook Like A Chef, a 39-part studio series that teaches viewers how to cook, as opposed to what to cook. He has also appeared regularly on Citytv’s Cityline and on CTV’s MasterChef Canada. In 2010, he contributed to the cookbook 3 Chefs: The Kitchen Men, which combines the recipes of three famous chefs to make a tasty and diverse cookbook.