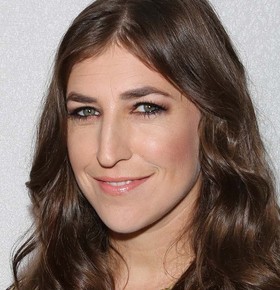 Actress Mayim Bialik got her start as a child actress in her first role in the horror film Pumpkinhead at age thirteen. That same year she starred in the hit film, Beaches, in which she played the younger version of Bette Midler’s character. From there, she went on to star in guest roles on several of the hit television programs of the 80’s including Beauty and the Beast, The Facts of Life with famous actors George Clooney and Molly Ringwald, Murphy Brown, Doogie Howser, M.D., and MacGyver. She finally got her first lead role as Blossom Russo on the NBC television series, Blossom, in the early nineties. The series ran for five seasons, during which time Bialik received two nominations for Young Artist Awards, one for Best Young Actress Starring in a New Television Series, and the other for Outstanding Young Comedienne in a Television Series.

Following Blossom, Celebrity Speaker Mayim Bialik continued to make television appearances as a guest on several different types of programs including voice-overs for animated series The Real Adventures of Johnny Quest, Johnny Bravo, Hey Arnold!, and Kim Possible. In 2005 she began to appear in more mature roles on popular adult television shows including a recurring role on the hit program Curb Your Enthusiasm, where she played the daughter of a friend of the main character, Larry David. She also played guest roles in the series Bones, Saving Grace, and another recurring role on ABC Family’s show, The Secret Life of the American Teenager. In 2014, Bialik began hosting a revival of Candid Camera on TV Land.

Bialik’s latest role somewhat mirrors real life as she plays neuroscientist, Dr. Amy Farrah Fowler on CBS’ hit show The Big Bang Theory. The real-life neuroscientist has earned two Primetime Emmy Award nominations for Outstanding Supporting Actress in a Comedy Series for the role. She also is author of the bestseller Beyond the Sling: A Real-Life Guide to Raising Confident, Loving Children the Attachment Parenting Way.