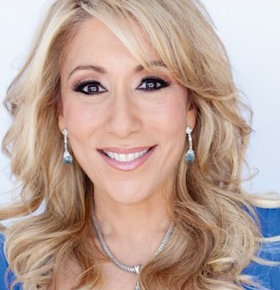 Celebrity speaker Lori Greiner is an American inventor, entrepreneur, and television personality who turned an idea of a clear jewelry holder into a multi-million dollar brand. Her success story begins with the idea of an innovative jewelry box that is able to hold over 100 earrings. She took her passion for the product and convinced a JCPenny buyer and 14 local Chicago stores to carry and sell her jewelry box, and ultimately made over $1 million within the first year. Her career took off from there as she started creating very popular cosmetic organizers, kitchen tools, travel bags, and unique accessories for the home. Lori then started to launch and sell products on QVC and has been the host of QVC’s television show, “Clever & Unique Creations,” for more than 16 years. The “Queen of QVC” has rightfully earned her nickname since she has helped launch more than 400 products, holds 120 U.S. and international patents, and has a 90% success rate on new items launched. Lori’s strong business sense made her an ideal candidate to be an investor on ABC’s hit business show “Shark Tank.” She joined the show in 2012 and has been called the “warm blooded shark” as she invests in companies and helps turn their entrepreneurial dreams into reality.

Lori’s success as an inventor is the basis of her book, “Invent It, Sell It, Bank It!” which is a national bestseller about how to turn an idea into a million dollar reality.  She has been featured on numerous shows, including “The View,” “CBS This Morning,” and “Good Morning America.” Lori and her products also have been featured in Financial Times and Success, O Magazine, InStyle, Forbes, Town & Country, Women’s Day, and Family Circle.

The United States Patent and Trademark Office guest speaker stays busy with her different careers, but makes sure she has time for philanthropy. Lori and her company, For Your Ease Only, annually donate a significant amount of money to a variety of charities.