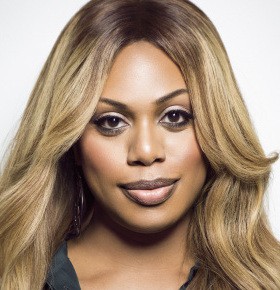 Celebrity Speaker Laverne Cox is knocking down barriers, taking the film and television industries by storm as a transgender woman of color. Known for her role on the Netflix series Orange is the New Black, which stars Taylor Schilling, Laura Prepon, Michael J. Harney, Michelle Hurst, Kate Mulgrew, and Jason Biggs, Laverne mirrors her resilient character Sophia Burset, who is also a transgender. The outspoken actress proved to the naysayers and bullies that her identity did not stop her from achieving her dreams when she became the first transgender woman of color to have a leading role on the mainstream scripted television show; she also received the Dorian Rising Star Award for her performance. Laverne also made huge strides for the LGBT community when she was featured on the cover of Time magazine’s cover in June 2014, another historical first.

Before she was Sophia Burset, celebrity speaker Laverne was a contestant on the VHI show I Want to Work for Diddy. Her own VH1 moment came when her own series TRANSform Me premiered in 2010, making Laverne the first African-American trans woman to star and host in her own show. She is an active spokesperson for the LGBT community, using her role on the acclaimed show to bring awareness to important issues for the transgenders. For instance, she is an advocate for CeCe McDonald, a trans woman housed in a men’s prison who parallels Laverne’s character on Orange is the New Black. Laverne has also written numerous candid pieces for publications such as the Huffington Post and The Advocate, and encourages transgenders to stay in school and get an education (Laverne holds a degree in Fine Arts from Marymount Manhattan College). Also, in 2015, Laverne was included in the People World’s Most Beautiful Women List and was named in the Time 100 Most Influential People List. Laverne has shown time and time again that she is here to stay and continues to do groundbreaking work for the transgender community.