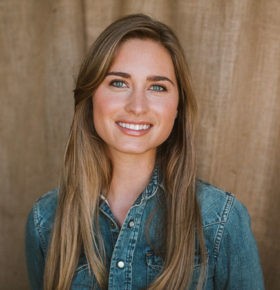 Lauren Bush has some powerful blood running through her veins—she is niece to former president George W. Bush and granddaughter George H.W. Bush. However, Celebrity Speaker Lauren did not piggyback off the family legacy, but made a name for herself as a prominent fashion designer and model. Signed with international agency Elite Model Management, Lauren has graced the pages of Vogue, Glamour, and Vanity Fair and appeared in campaigns for Tommy Hilfiger, Issac Mizrahi, Gai Mattiolo, and Abercrombie & Fitch.

Although Lauren is a graduate of Princeton University, she learned many tips and tricks of the trade from Zac Posen, whom she interned for alongside Ashley Olsen. She was also an intern on the popular sitcom Friends starring Jennifer Aniston and Lisa Kudrow, before launching her own line in 2007 called FEED Projects in conjunction with Ellen Gustafson. Lauren, who is a spokesperson for the United Nations World Food Program (WFP), combined her affinities for fashion and helping others to create a variety of eco-friendly and artisan-made bags whose proceeds go towards providing food for hungry children around the world and improving the global food system—to date the initiative has provided over 60 million meals. FEED Projects is also aligned with several other prominent organizations such as Nike, Bergdorf Goodman, Amazon, Converse, American Express, Whole Foods, Girl, Gap, and (RED).

Although FEED Projects are very near and dear to her heart, being socially conscious is more than just a hobby for Lauren—it’s her lifestyle. The self-proclaimed earth lover is a vegetarian and has traveled all over the world with UNICEF and the WFP to experience the poverty she is fighting firsthand. Thankfully, Lauren’s hard work has not gone without recognition; she has earned the inaugural National Lady Godiva Honoree award and the 2013 Advocacy Award from World of Children, as well as being named a Fortune Most Powerful Woman Entrepreneur. In 2015 she signed an open letter which the ONE Campaign had been collecting signatures for; the letter was addressed to Angela Merkel and Nkosazana Dlamini-Zuma, urging them to focus on women as they serve as the head of the G7 in Germany and the AU in South Africa respectively, which will start to set the priorities in development funding before a main UN summit in September 2015 that will establish new development goals for the generation.  Lauren lives in New York City and is married to David Lauren, son of well-known designer Ralph Lauren.