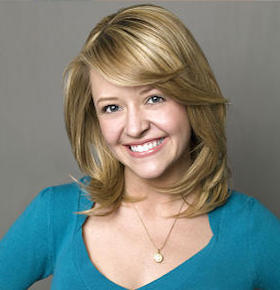 When reading a list of all that Celebrity Chef Speaker Kelsey Nixon has done already in the culinary industry, it becomes very clear that she is quite the go-getter. While attending college at Brigham Young University where she was studying Broadcast Journalism, Chef Kelsey decided to create a cooking show called Kelsey’s Kitchen which aired on the university’s television network for students. After graduating from Brigham Young, Nixon went on to attend Le Cordon Bleu in Hollywood, California where she received her professional degree in culinary arts. Around that time, Chef Kelsey was chosen to compete on season four of the popular cooking competition show, The Next Food Network Star. The show aired in 2008 with Chef Nixon competing against fellow celebrity chefs such as Shane Lyons, Lisa Garza, Adam Gertler, and Next Food Network Star winner, Chef Aaron McCargo, Jr. Kelsey made it all the way to the final elimination round before being eliminated by Celebrity Chef judges Bobby Flay, Giada de Laurentiis, Bob Tuschman, Susie Fogelson, and guest judges, Celebrity Chef Paula Deen and Dayna Devon of the show, Extra. Even though she did not come out on top, Kelsey still was voted Fan Favorite by viewers.

With the experience that she learned from competing and a few internships with celebrity chef Sandra Lee’s show, Semi-Homemade on The Food Network and for NBC’s The Martha Stewart Living Show, as well as PBS’ Everyday Food, Celebrity Chef Speaker Kelsey Nixon was well on her way to hosting her own series. In 2010, and at the young age of twenty six, Nixon’s television show, Kelsey’s Essentials debuted on the Cooking Channel. With top ratings and rave reviews, Kelsey’s Essentials continues to thrive in its fifth season. A star on the rise, celebrity chef Kelsey Nixon has also appeared as hostess on Cooking Channel’s Unique Sweets and The Perfect 3, Celebrity Chef Nadia Giosia’s Food Network series, Bitchin’ Kitchen, as well as NBC’s Today Show.