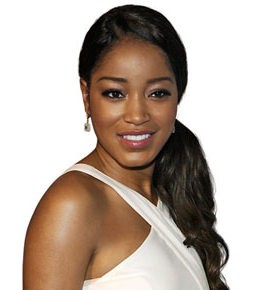 Celebrity speaker Keke Palmer has swiftly become one of the brightest stars from the 2000’s generation.  Her wide array of entertaining talents has endeared her to audiences across the country of all ages and sizes.  Keke’s career began as one of the best child actors in the United States and as she’s matured it’s expanded to numerous roles and a music career.

Celebrity speaker Keke first starring role came in the 2006 film Akeelah and the Bee at the tender age of 13.  Palmer became an American heartthrob from her performance as a young African-American girl from a rough Los Angeles neighborhood who competes in the National Spelling Bee.  This role propelled her into one of the premier young actresses and led to a litany of other projects.  She went on to star in the Disney Channel movie Jump In!, and later was cast into a Nickelodeon Sitcom True Jackson, VP.  Palmer was paid $20,000 for each episode of True Jackson, VP, which at the time (2008) made her the 4th highest paid child actor on television.  In addition to her work in film, Palmer is also an accomplished singer/musician.  Keke has release one studio album, So Uncool (2007), and has since release 3 subsequent mix tapes to follow.  In 2014, Keke continued here groundbreaking career when she was named the host of her own daytime talk show Just Keke on the BET network.  At just 20 years old, Keke is the youngest talk show host of all-time. Keke continued to break records in September 2014 as she was the first African-American to star as Cinderella on Broadway. After the Broadway shows ended on January 4, 2015, Keke was then casted in one of the leading roles in the Fox new horror series Scream Queens.

Despite her young age, Keke Palmer is a major player in the community as well.  She actively works with the Cool to Be Smart program by the Boys’ and Girls’ Clubs of America, which teaches children on the importance of learning.  She is also very active with the YWCA and the “Saving Our Daughters campaign against bullying.