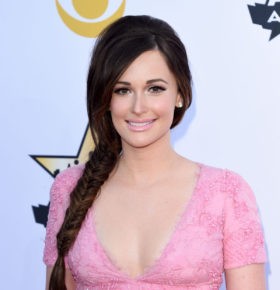 Relatively new to the country music scene, celebrity speaker  Kacey Musgraves caught her big break came in 2007 when she appeared as one of the competitors on USA Network’s singing competition series, Nashville Star. Musgraves competed against nine other country music hopefuls in front of famous musicians including Jewel, country music star Blake Shelton, the lead singer of the band Alabama Randy Owen, and Anastasia Brown, one of the top power-players in the music industry. Although Kacey finished in seventh, she had succeeded in getting her name better known in Nashville.

Celebrity speaker Kacey Musgraves discovered her musical talent early on in life, singing and learning to play instruments including the harmonica, acoustic guitar, and mandolin. At the young age of fourteen she self-released her first album, Movin’ On in 2002. Musgraves would go on to self-release two more albums, the second titled Wanted: One Good Cowboy and third called Kacey Musgraves before signing with Mercury Records in 2012. That same year she released her first solo single, Merry Go Round, from her fourth studio album, Same Trailer Different Park, which was released in 2013. Her second studio album, Pageant Material, was released on June 23rd, 2015.

Also a talented songwriter, two of Kacey’s songs have been featured on the popular ABC television series, Nashville, the first song, Undermine, was on the soundtrack for two episodes in 2012 and her second, Oh, Tonight, was played in a 2013 episode. Kacey Musgraves has also appeared as a musical guest on numerous television talk shows including Late Night with Jimmy Fallon, The Ellen DeGeneres Show, CBS News, and The Tonight Show with Jay Leno.