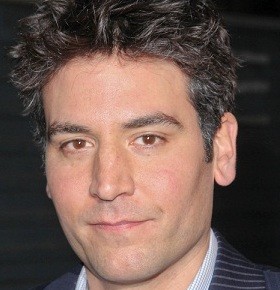 Television star speaker Josh Radnor is an actor, writer, and director whose work can be seen in films, in the theater, and most notably, on television. Josh began his career on the small screen with guest roles on such programs as Law & Order, ER, Six Feet Under, Judging Amy and in such motion pictures as Not Another Teen Movie and Everyday Life. Off-screen, Radnor starred as Benjamin Braddock in the Broadway adaptation of the film The Graduate where he played opposite Kathleen Turner and Alicia Silverstone.

He returned to the film industry in 2010 when Radnor released his film, happythankyoumoreplease, for which he wrote the script, directed, and starred in. happythankyoumoreplease was selected for the Sundance Film Festival where it premiered on January 22nd, 2012 and won the Sundance Audience Award for favorite U.S. drama. Radnor is currently performing in the Broadway production of “Disgraced”.

Although he has worked in several areas of show business, Josh Radnor’s most famous part has been the lead role as Ted Mosby on the extremely popular CBS show, How I Met Your Mother. Radnor has played the main character of the show since it premiered in 2005 along with fellow co-stars Jason Segel, Neil Patrick Harris, and Alyson Hannigan. In its nine seasons, the series received critical acclaim, it was nominated twenty four times for Primetime Emmy Awards, seven of which it won, and it was winner of the People’s Choice Award for Favorite Network TV Comedy in 2012. Along with the show, Radnor’s popularity grew as well as he made guest appearances on shows including The View, Chelsea Lately, Entertainment Tonight, Jimmy Kimmel Live, Rachael Ray, Late Night with Jimmy Fallon, and countless others.