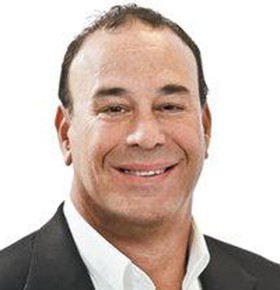 Longtime bar consultant Jon Taffer has become the overarching leader in successful bar or nightclub operation and has recently branched out into helping create one of TV’s most popular current running series on Spike TV called Bar Rescue.

Beginning in March of 2022, Taffer’s show “Restaurant Rivals: Irvine vs. Taffer,” alongside Robert Irvine of “Restaurant: Impossible” will be available for streaming on Discovery+. The three-part series is a race against the clock, as each of them are challenged with turning around a failing restaurant in just 24 hours, improving the operations, atmosphere, and of course, the food.

Celebrity Speaker Jon has owned, started, and rebuilt over 1,000 bars and nightclubs in his long career that began around 1978, and has published a book sharing his advice on being successful in the bar and nightclub industry. He is the current President of Nightclub & Bar Media Group and Chairman of Taffer Dynamics, and has won countless industry awards including 2 Bar Operator of the Year awards. He even has his own media company, Taffer Media Inc.

Before being a celebrity speaker, Jon got his feet wet in the industry as the manager of The Troubadour nightclub in West Hollywood, California for 11 years before opening his own bar in 1989. He also served on the Board of Directors for NFL Enterprises for several years in which he has now been credited for coming up with the idea for NFL Sunday Ticket, the additional TV package that allows NFL fans to watch games from around the league not broadcast on their local stations. Now as the President of Nightclub & Bar Media Group, Jon is in charge of overseeing all the organization’s working parts including the annual Nightclub & Bar Convention and Trade Show, the largest trade show in the nightclub and bar industry, and the Nightclub & Bar magazine. Along with his hosting duties, Jon also acts as co-executive producer for his show Bar Rescue which premiered in 2011. The show follows Jon and his team of chefs, mixologists, and other industry experts as they help to repair and rebuild failing bars around the country.

Jon’s book Raise the Bar: An Action-Based Method for Maximum Customer Reactions focuses on the tactics Jon has perfected over his illustrious career in the bar and nightlife industry that have created successful businesses. His methods can be applied to other industries as well as they focus all the attention on the customer and how to appropriately handle their wants and needs.