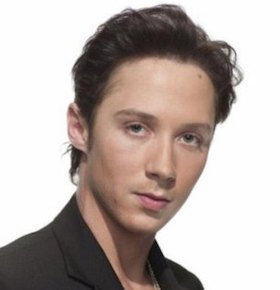 Motivational Speaker Johnny Weir is a former United States Olympic Figure Skater who has come into his own as an on-air commentator and reporter for NBC. The 3-time United States Figure Skating Champion dominated the rink in the early to mid 2000s. His vivacious personality on and off the ice has made him a fan favorite with figure skating fans and those that tuned in for his first big commentating appearance at the 2014 Winter Olympics with Tara Lipinski. The duo’s perfect chemistry and presentation on-air has led to hosting gigs outside of the sports realm. In 2014, Johnny and Tara were on scene at the Kentucky Derby for NBC reporting on the flamboyant fashion styles at the historic race. That same year Johnny and Tara would report live for NBC from the 86th Academy Awards. NBC’s newest favorite commentators were on hand at Super Bowl XLIX to report live from NBC’s Official Super Bowl Tailgate Party.

At the age of 16, Johnny achieved his first big career milestone when we won the Gold Medal at the World Junior Championships. In 2004, he got his first ever 6.0 score at the U.S. Championships, going on to win the Gold.

After compiling his 3rd consecutive title in the United States Championships in 2006, he went on to skate in the Winter Olympics placing 5th that year.  In 2010, during the Winter Olympics, Johnny finished with a new personal of 238.87, as a combined score finishing 6th overall in the world. In 2008, Johnny journeyed to South Korea to put on an unforgettable charity skating show and ended up contracting a severe stomach virus that caused him to miss out on the 2009 U.S. Championships.

Currently, Johnny is on the Board of Governors of ‘nPlay Foundation, which is an organization that helps encourages a healthy lifestyle and crush childhood obesity. Johnny has appeared on many television shows such as Skating with the Stars, Say Yes to the Dress, Dora the Explorer, and Food Network’s Rachael Vs. Guy: Celebrity Cookoff. In 2009, he was a part of a moving documentary entitled, Pop Star on Ice discussing his life. Johnny’s unabashed spirit has made him a role model for the LGBT community.