Sports speaker for hire Joe Torre is a former MLB baseball player and manager, NBC color commentator, and current MLB Chief Baseball Officer. Torre played 18 seasons in the MLB as a player and spent 33 years in the league as a manager earning him an induction into the National Baseball Hall of Fame in 2014. Torre has earned countless accolades and records including 9 all-star selections, an MVP award, 4 World Series victories, and the fifth most wins among MLB managers all time.

Born in Brooklyn, New York, Torre spent his 18 years as a player with the Braves, Cardinals and New York Mets. He is the recipient of nearly every award a star player can receive including 9 All-Star selections, an MVP award, a batting title and an RBI crown. Torre is most known for his tenure with the New York Yankees. Torre spent 11 years as Yankees manager winning over 1000 of his 2,326 wins with the Yankees and delivered 4 World Series wins, all from 1996 to 2000, creating a dynasty that would compare to the best of all time. Torre’s legacy was immortalized as leader of the Bronx Bombers as his #6 jersey was retired on “Joe Torre Day”. Torre was also honored with a plaque in Monument Park at Yankee Stadium.

Torre has a storied career off the diamond as well, serving as CBS color commentator between managerial stints, a horse racing owner, an author and founder of the Joe Torre Foundation. Joe has cameoed in tv shows and films appearing as himself in hit shows like Castle and comedy such as Analyze that with Robert De Niro and Billy Crystal. Torre has written 3 books; an autobiography, Chasing the Dream, an advice book, Joe Torre’s Ground Rules for Winners, and The Yankee Years, a book co-authored by Sports Illustrated writer Tom Verducci detailing his tenure as Yankees manager.

Torre has also spent time with his wife Ali giving back. In 2002, they established the Joe Torre Safe at Home Foundation. The foundation established the Margaret Place initiative, partnering with the Union City, NJ Board of Education, the NHCAC, and Verizon, to donate $325,000 towards preventing domestic violence. Margaret’s Place purpose is to “provide students with a safe room at school where they can meet with a professional counselor trained in domestic violence intervention and prevention in order to address the student’s home situation and educate them to understand domestic violence’s impact on the community”.  Torre has also supported anti-domestic violence causes including RESPECT!, recording a PSA in 2008. In addition to his accolade in baseball and the community, Torre is a prostate cancer survivor.

Torre’s current role as Chief Baseball Officer for the MLB started in 2011 when he accepted the Executive Vice President for Baseball Operations role from former Commissioner Bud Selig. His duties include serving as the primary liaison for all baseball and on-field activities between the commissioner and the MLB teams, and overseeing areas of major league operations, on-field operations, discipline and umpiring. His role was changed to Chief Baseball Officer while assuming the same duties and in recent years has opened dialogue on rule changes and league relations, and lead an expedition to Cuba with officials and players in an attempt to normalize relations with the United States.

WORK WITH JOE TORRE: Would your organization like to hire Joe Torre for an endorsement, public relations campaign, or one of a kind appearance at your next conference or special event? Contact Celebrity Speakers Bureau today to hire Joe Torre or another celebrity sports speaker via email at booking@celebrityspeakersbureau.com . 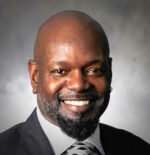 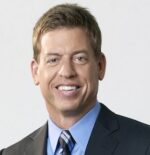