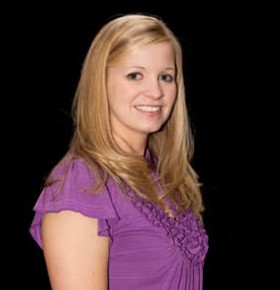 Motivational military speaker for hire Jessica Lynch is a U.S. Army veteran and prisoner of war survivor. She served as a unit supply specialist during the U.S. and allied forces invasion of Iraq in 2003. Iraqi forces ambushed her convoy during the Battle of Nasiriyah. She was knocked unconscious when her vehicle was hit by a rocket-propelled grenade and crashed. She was captured by Iraqi military and held captive as a prisoner of war before being rescued by U.S. Special Forces days later. This was the first successful American POW rescue since WWII and the first rescue of an American female POW. Following her recovery, she got a bachelor’s degree from West Virginia University at Parkersburg and now works as a substitute teacher and motivational speaker.

Jessica is a West Virginia native who joined the military because her family could not afford to pay for a college tuition. She completed basic training at Fort Jackson in South Carolina. She then completed Advanced Individual Training at Fort Lee in Virginia to become a unit supply specialist. It was on March 23rd, 2003 when she was seriously wounded in the ambush and captured by enemy forces. She was eventually moved to an Iraqi hospital where she was protected from the Iraqi military. After receiving several tips, U.S. Armed Forces Specialists staged a diversionary attack to simultaneously rescue Jessica from the hospital. Following the rescue, she was transported to a hospital in Germany where her injuries were treated before returning home to the United States. On August 27th, 2003, Jessica received an honorable discharge from the military and has received numerous awards and decorations for her service.

A traumatic experience to say the least, Jessica now battles bouts of PTSD. But she has not let this experience take away the joy in her life which is truly admirable. She doesn’t consider herself a hero, but rather a survivor. But no doubt Jessica is an American hero.