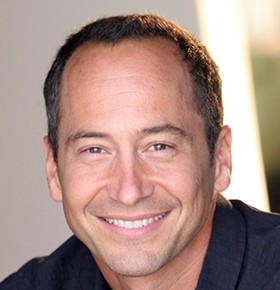 There are thousands of flavor combinations and no one knows them better than Celebrity Chef Speaker Jeffrey Saad. Starting his culinary career at the ripe young age of thirteen, Chef Saad is renowned for his unique flavor palate and global knowledge on spices. His rise to culinary stardom started with his debut on The Next Food Network Star. Celebrity chef Saad made it to the final round where he eventually lost to celebrity chef Melissa d’Arabian, even though he is largely accredited for the season’s high ratings. Celebrity chef Saad then opened the restaurant Sweet Heat in San Francisco California, which led to his own line of chutneys as well as two more restaurants.

In 2009, Celebrity Chef Speaker Jeffrey Saad’s television show premiered on Food Network called The Spice Smuggler. As host of the show, Jeffrey demonstrated his superior proficiency with exotic spices. Following this he appeared numerous times on television as well as in the press. He made an appearance on Grill It! With Bobby Flay, The Rachel Ray Show, and Iron Chef America Countdown. He has had sections written about him in People Magazine and Food Network Magazine “Star Kitchen” and he has done cooking demonstrations for ABC morning news, CBS New York, and ABC World News Now.

Celebrity Chef Speaker Jeffrey Saad is currently hosting his hit show United Tastes of America. Also in 2012 celebrity chef Jeffrey Saad published his own cookbook, which serves as a diary for his travels around the world. His book, Jeffrey Saab’s Global Kitchen: Recipes without Borders, 10 Chapters of Unique Easy-to-Prepare Dishes (and the Spices and Flavors that Define them), was on the New York Times Best Seller List for 12 consecutive weeks. Celebrity chef Jeffrey Saad has since done many appearances including the Baltimore Book Festival and the Los Angeles Times Travel Show in 2013.