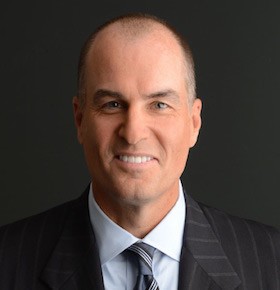 Move over Dickie V, college basketball has a new favorite courtside jester! Sports Motivational Speaker Jay Bilas is a former standout All-American for the Duke Blue Devils who has become a well-known part of college basketball coverage on TV and in print media. Jay is a featured college basketball analyst for ESPN. He works as a color-commentator for games and is a familiar studio host of College GameDay with Rece Davis, Digger Phelps, Jalen Rose and Bob Knight. He also pens articles about college basketball for ESPN.com. The sports world looks to Jay for insider info on college basketball and several companies have capitalized on his celebrity influence. Most recently, Jay appeared in TV spots for the 2015 Wooden Award presented by Wendy’s. He was also a celebrity spokesperson for Dove Men’s Care during their 2013 TV spot titled, How to Prepare for the Big Dance.

Sports Motivational Speaker Jay Bilas eats, sleeps, and breathes college basketball. From 1982-1986, Jay was a four year starter under legendary coach Mike Krzyzewski at Duke University. He led the team to a Final Four bid and a National Championship win during his senior season in 1986. He spent 4 years in the NBA before returning to the Duke bench as an assistant for Coach K from 1990-1992. This was during a great era in Duke basketball history that saw back-to-back National Championship victories with help from players like Christian Laettner and Grant Hill.

Jay knows what it takes to become a champion. He has supplemented his sports broadcasting career hosting his own basketball clinics and making appearances as a Sports Motivational Speaker. His annual Jay Bilas Skills Camp welcomes some of the biggest college basketball prospects in the nation to Charlotte, N.C. for a special camp to perfect and develop their skills.

In 2014, Sports Motivational Speaker Jay Bilas published a book titled Toughness: Developing True Strength on and off the Court. In it he details the intense work ethic and the mental toughness it takes to succeed in the game of basketball and in life.