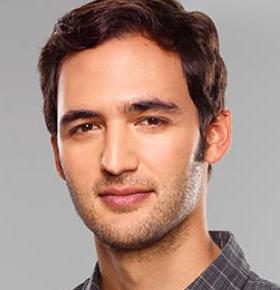 Television personality, media artist, filmmaker and techno-philosopher Jason Silva is the host of the new hit TV show Brain Games on the National Geographic Channel. The show set National Geographic Channel history bringing in over 1.5 million viewers in each of the first two episodes of the series, and sheds light on ways in which our brain trick us to perceive different things. Jason’s innovation and creativity make him a leader amongst scientific and technology thinkers of today.

His previous stint on television was from 2005-2011, acting as co-host on his show called Max and Jason with friend and fellow filmmaker and friend Max Lugavere. They hosted, wrote and produced over 100 hours of original content, and their piece on counterfeit ID’s earned them an appearance on Anderson Cooper 360. Jason has been featured in The Atlantic where they described him as “A Timothy Leary of the Viral Video Age,” as well as publications such as The Economist Newspaper, Vanity Fair magazine, Forbes Magazine, and CBS News. He was also chosen to be featured in the Gap’s “Icon’s” campaign and has done keynote speeches at both Microsoft and IBM events.

TEDTalk Speaker Jason has spoken at TEDGlobal three times where he usually presents a new video he has produced and a main stage Q&A afterward. He has taken his ideas to many different venues including The Economist Ideas Festival, The Festival of dangerous Ideas, and the reputable Digital Life Design (DLD) Conference in Munich. Jason now publishes a series of non-commercial videos on his YouTube page Shots of Awe expressing his ideas on human and technology interaction. As a self-proclaimed “Wonder Junkie,” his viral videos focus on the role of content and media to create awe in people. He believes awe is very important in the human process of making ideas resonate and disseminate.