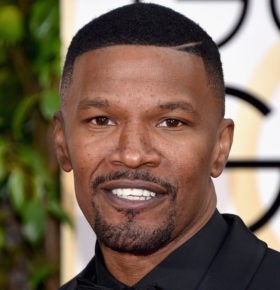 Celebrity speaker Jamie Foxx is arguably the most talented figure in all of American Entertainment.  He’s reached the pinnacle in a variety of entertainment sectors including stand-up comedy, acting, and music.  His career has spanned over four decades and he’s firmly entrenched himself as one of the marquee stars in Hollywood.  Early in his career Foxx primarily was known for his comedy routine, and eventually earned a reputation as one of the best young comics of the 1990’s.

Celebrity Speaker Jamie Foxx receieved his first major role in 1999 in the American Football based film Any Given Sunday.  His character, Willie Beamen has become a cult figure in the American pop culture community.  Foxx would become a film star in 2004 when he was chosen to play Ray Charles in the now-famous biopic Ray.  The film grossed over $120 Million worldwide and the celebrity speaker Foxx earned the Academy Award for Best Actor in 2004.  His success in film has continued through the past decade.  Jamie has played lead or major roles in a multitude of films including DreamGirls, Jarhead, The Kingdom, and Django Unchained.  Simultaneous to his takeoff in film, Foxx was also breaking ground in the music industry.  From 2005-2010 Jamie produced 3 studio albums that all reached into the Billboard top 200 list.  He’s also been the recipient of two Grammy Awards (2006, 2010).  As if this wasn’t enough, Jamie Foxx started his own SIRIUS radio station called The FoxxHole in 2007 that broadcasts comedy and hip-hop music. Musically gifted Jamie released his fifth studio album, Hollywood: A Story of a Dozen Roses, on May 18, 2015. It debuted atop the Top R&B/Hip-Hop Albums charts and at No. 10 on the Billboard 200.

Apart from his career, the celebrity speaker started his own charity organization called the Jamie Foxx Foundation.  The aim of the foundation is to assist children with education and welfare across the globe including the HIV/AIDS issues in Africa and Haiti.