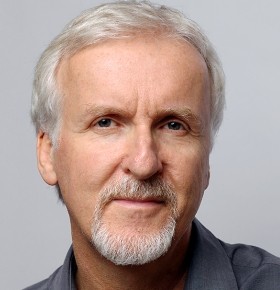 Canadian Film director, producer, and screenwriter James Cameron is a legend and visionary of the film industry. He has compiled many great and heralded works over the years including Titanic, starring Leonardo DeCaprio and Kate Winslet as well as the highest grossing film of all time, Avatar, in 2009. Avatar took over the highest grossing film top spot from Titanic and solidified James as a film industry titan.

James started to experience success in the industry when he created multiple science-fiction films in the 1980’s including his first major hit The Terminator, linking up with Hemdale Pictures who allowed the young film director to direct the film. He wrote the sequel to Alien, and also Terminator 2 for which he received the inaugural Bradbury Award from the Science Fiction and Fantasy Writers of America. As a result of his work, Cameron was inducted into the Science-Fiction Hall of Fame in 2012. His 3-D film Avatar won the Golden Globes for Best Director and Best Picture and was nominated for multiple Academy Awards, a film that developed new technological possibilities in movies combining live-action and computer generated images seamlessly. James is currently in production for Avatar 2, set to release in 2016.

Celebrity speaker James Cameron has a passion for diving and visited the site of the Titanic on the ocean floor as well as the Mariana Trench, the deepest sea floor in the world. He has also formed Earthship Productions which creates documentaries exploring the ocean floor and advocating for ocean conservation.  Aside from filmmaking, James is credited with creating new underwater camera technology for ocean exploration, and is even an active member of the NASA Advisory Council helping to create cameras for a manned Mars mission. His success in the industry makes for a great speech on pushing the boundaries of film technology and direction.