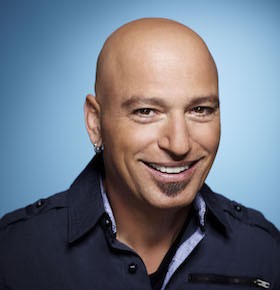 When it comes to the current age of game shows and reality television, there are few people who are more recognizable than Howie Mandel.  Celebrity Speaker Mandel has become a staple during primetime viewing hours in many American households as both a host and judge of some of America’s most popular television shows.  Prior to his career as a television personality, Mandel was an active participant in the film industry.  His most notable role as a film star came as the voice of Gizmo, the little lovable creature from the hit children’s movie Gremlins.

In 2003, Mandel was approached with the opportunity to host a game show for NBC called Deal or No Deal. Initially Howie was hesitant to participate in the show, but ultimately agreed and it turned out to be a fantastic decision.  Deal or No Deal began airing in 2005 and was an immediate hit.  Mandel hosted the show for all 6 of its seasons including two of them on a cable syndicate.  Following his conclusion with Deal or No Deal in 2009, Howie was introduced as a judge for the contest program America’s Got Talent in 2010.  Since then, Howie has become one of the main attractions for the show along with fellow celebrity judges Heidi Klum, Melanie Brown, and Howard Stern.  The show was renewed for its 10th season and debuted in May 2015.

In his personal life, Mandel is open about issues he’s dealt with throughout his life.  He’s been diagnosed with ADHD (Attention Deficit Hyperactivity Disorder) and is an advocate for adults with the diagnosis.  More notably Howie has mysophobia, which is the pathological fear of filth and germs, and is very open about his condition.  Howie is a strong supporter of those with mental health issues and actively confronts the stigma associated with mental health.