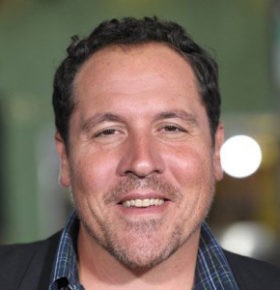 Jon Favreau is an extremely talented director, writer, actor and comedian who’s given a variety of contributions to the modern entertainment industry.  Celebrity Speaker Jon Favreau came from humble beginnings as a child of two schoolteachers in Queens, New York.  Favreau attended Queens College but dropped out just shy of completing his degree, and ultimately decided to pursue a career in comedy in Chicago, Illinois.

Favreau’s career in film began with a role in the uplifting movie Rudy in 1993 and followed with an appearance in a Seinfeld episode in 1994.  The grand entrance into the entertainment scene began with his is role as a writer and actor in the movie Swingers also starring Vince Vaughan.  The film was critically acclaimed and thrived on a budget of just $200,000.  His success as an actor continued in 1997 when he appeared in the hit series Friends as Monica Geller’s boyfriend for several episodes in season 3.  In recent years Favreau has really hit his stride in the box office.  In 2003 he directed the hit comedy Elf starring famous actors Will Ferrell, Bob Newhart, James Caan, and Zooey Deschanel.  This represented Jon’s first financial success as a director.  More recently, Favreau has been the director for all three Iron Man movies, which were huge box office hits.  Parlaying his success from Iron Man, Favreau was chosen as the Executive Producer for both of the Avengers films.  The first film of the Avengers series made over $1.5 Billion in box office revenue.  In May 2014 Favreau released the film Chef, in which he stars, wrote and directed.  The film also stars Sofia Vergara, Robert Downey Jr., and Scarlett Johansson. Favreau’s most recent project is with directing the Disney movie The Jungle Book which will come out in 2016.

Jon Favreau also has a reputation with the Comic-Con community.  He has attended several events, and his expertise in the matter has helped him land his roles with Iron Man and The Avengers.