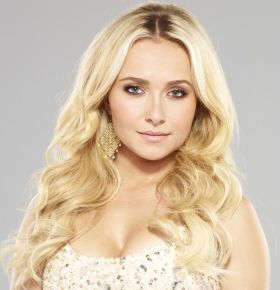 Celebrity Speaker Hayden Panettiere is an American actress, model, and singer that many remember as the little 10-year Sheryl Yoast in the Disney classic Remember the Titans. After starring in a host of major motion pictures Hayden is the current star of the ABC musical drama series Nashville with American Horror Story: Murder House actress Connie Britton. Hayden has used her celebrity clout to draw attention to multiple charitable organizations and activist groups including extensive work with The Whaleman Foundation. Hayden gave birth to her daughter, Kaya, with fiance Wladimie Klitschko in December 2014.

Celebrity Speaker Hayden got her start in acting at a very early age and landed  roles on the hit soap opera ABC’s One Life to Live and the longstanding CBS drama Guiding Light. Her portrayal of a young girl battling leukemia on the Guiding Light earned her a Special Recognition Award for the Leukemia and Lymphoma Society for her part in improving awareness about the disease to the public. Before her main role as Claire Bennet on the NBC drama Heroes, Hayden starred on in a few made for TV movies including the Disney Channel original movie Tiger Cruise and the Lifetime original movie If You Believe. Hayden’s debut in the major motion picture realm began as the voice of Dot in Disney’s A Bug’s Life. 2 years later she won a Young Artist Award for Best Performance in a Feature Film-Supporting Young Actress for her role on Remember the Titans. Since then she went on to star in over 20 films including Racing Stripes, I Love You, Beth Cooper and Scream 4. She has received 2 golden Globe nominations for Best Supporting Actress for her work on her newest TV hit show Nashville.

Her bubbly personality has been employed by many companies in their TV and print advertisements including major campaigns with Neutrogena, a Candie’s brand spokesperson for Kohl’s, and the “Fabric of our Lies” Cotton Incorporated campaign in 2013. She is also a member on the celebrity board of the Ronald McDonald House Charities.