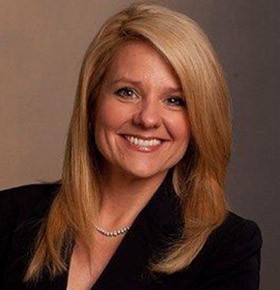 Top business speaker for hire Gwynne Shotwell is the current President and COO of SpaceX. Under her leadership, she’s helped launched over 50 Falcon rockets representing over $5 billion in revenue. Gwynne’s career in aerospace began in 1988 when she worked at the El Segundo research center of The Aerospace Corporation and worked on the technical aspect of military space research contracts. Gwynne wrote papers on topics ranging from conceptual small spacecraft design, infrared signature target modeling, space shuttle integration and reentry vehicle operational risks during her ten-year tenure studying thermal analysis.

In 1998, Gwynne left The Aerospace Corporation to work as the director of space systems division at Microcosm Incorporated because she wanted “build and put together spacecraft”. At Microcosm, Gwynne also served on the executive committee and was responsible for business development.

Gwynne became the eleventh employee of SpaceX in 2002, the same year it was founded. Gwynne started out at SpaceX as vice president of business development where she oversaw the organic growth of the company as well as its long-term solvency. Gwynne was also given a seat on the board of directors. Gwynne has been instrumental in growing SpaceX from the dream of Elon Musk into the first private company to successfully launch, orbit, and recover a spacecraft. Gwynne also was instrumental in securing a multibillion dollar contract with NASA to to deliver astronauts and science instruments to the international space station (ISS).

Gwynne is an accomplished speaker and has spoken for numerous aerospace expositions and conferences including speaking for the “Captains of Industry series at the Brent Scowcroft Center on international security in 2014 and the Air Force Association’s Air, Space, and Cyber Conference. Gwynne speaks on topics ranging from growing a business to STEM, to keynotes on the future of the aerospace sector.