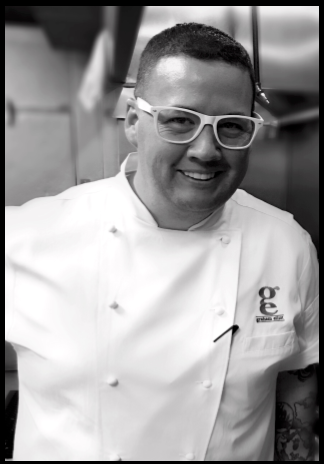 Elliot, a self-proclaimed “Navy brat” who has traveled the world and all fifty US states, has accrued many prestigious ac-colades including multiple James Beard Foundation Nomina-tions. At age 27, Elliot became the youngest four-star chef to be named in any major U.S. city and was named one of Food & Wine magazine’s “Best New Chefs” in 2004. In May of 2008, Elliot opened his eponymous restaurant, Graham Elliot, which went on to become one of only 15 restaurants in the U.S. to be awarded two Michelin stars.

As a life-long baseball enthusiast, Major League Baseball has recently tapped him to be the host of their MLB Grub Tour as well as their Culinary Correspondent.

Elliot, an avid music lover and guitarist in his own right and has been Culinary Di-rector of the Lollapalooza music festival, an honor he’s held for the past decade. His first ever restaurant project in Asia, Coast in the new MGM Cotai, opened in Febru-ary 2018. His newest project, Petit Harvest, opened this summer on the famed Third Street Promenade in Santa Monica, CA.

Chef Elliot lives in Chicago with his three sons Mylo, Conrad and Jedediah. Graham firmly believed in the idea of giving back and is an active member of the community and board member of the Chicago Department of Cultural Affairs and Special Events, and is also extensively involved in multiple charitable organizations including Share Our Strength, the American Heart Association and Smile Train to name a few.