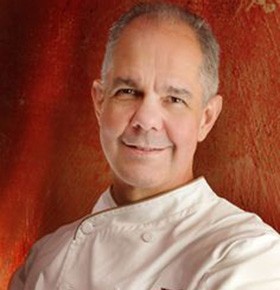 Celebrity chef and restaurant owner, Gary Danko, is widely recognized as one of America’s most respected and talented celebrity chefs.  During his time at the Culinary Institute of American in Hyde Park, he worked alongside fellow celebrity chefs, Bradley Ogden and Susan Feniger. Throughout his thirty plus year career, award winning Chef Danko has refined his skills under the tutelage of his cooking idol, Madeleine Kamman. After taking Chef Kamman’s class at Peter Krump’s New York Cooking School, Danko’s career truly took off as his new friendship with the master chef earned him a position as Executive Chef for Beringer Vineyards.

Today, Gary Danko owns and operates his own five-star restaurant, called GARY DANKO, in San Francisco. In the 2013 Zagat guide to San Francisco, GARY DANKO was named the Most Popular Restaurant in the Bay Area for the second year in a row.  The restaurant, GARY DANKO, has been designated a Relais and Chateaux property, which makes it one out of only eighteen in all of North America. During Danko’s illustrious career he has received a plethora of prestigious awards including the James Beard Award (Best Chef in California) and Best New Restaurant by Esquire Magazine.

Outside of his restaurant he has been featured on The Food Network, the PBS series: Great Chefs, and worked with Jacques Pepin on the series, Cooking with Claudine.  Beyond his own personal success in the kitchen, he as also has been acknowledged as an amazing teacher to others in the culinary field.  Beyond it all, Gary Danko loves what he does and his passionate attitude is reflected in his food, as well as his high regard from peers and food critics.