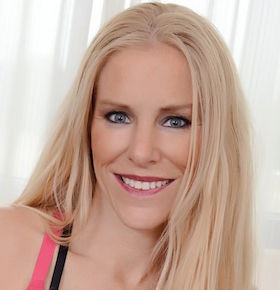 What can we say— Celebrity Speaker Fitz Koehler puts the Fitz in Fitzness. The health guru has worked hard to establish herself and her company, Fitzness International, LLC, as a multifaceted brand. With a master’s degree in Exercise and Sports Sciences from the University of Florida and a career as a competitive full contact kick boxer under her belt, Fitz is one of the most experienced and educated trainers out there. Her clientele range all over the spectrum, from the famous to the non-famous alike—while she has interviewed and worked with celebrities like Dara Torres, Brooke Shields, and Vanessa Williams, Fitz reaches to other side of the spectrum in her work with charities like Girl Scouts of America and March of Dimes. Fitz holds a soft spot in her heart for children; she created a before school walking/running program called The Morning Mile, which aims to get kids moving at the start of the day. The program has seen huge success, being implemented in over 160 schools in the U.S., as well as in Canada and Japan.

With numerous appearances on national television outlets like NBC, ESPN, ABC, and The Daily Buzz, Fitz’s passion for health and fitness and bright personality make her a charismatic guest on television and radio, as well as spokesperson for Oakley, Tropicana, and Office Depot. Stopping at nothing to communicate her message, whether it be as a speaker, ambassador, or author, Fitz has written over 2,000 freelance articles that are published online or to her website, Fitzness.com. In 2009, Fitz’s cookbook, The Everything Flat Belly Cookbook, was published, followed soon after by her first core training DVD, Flip Flop Abs in 2013.

This celebrity speaker’s passion for health and fitness and affinity for teaching earned her the University of Florida’s Young Alumni Award, as well as the Community Leader Award by the President’s Council on Fitness, Sports, and Nutrition. With the goal of impacting every person she comes across, it is more than evident that Fitz is dedicated to her passion of being a fitness ambassador.