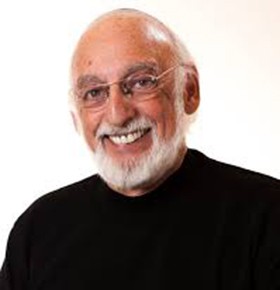 Dr. John Gottman is a professor emeritus of psychology at the University of Washington famous for his research on marital stability and relationship analysis. Gottman’s work has been used frequently in relationship counseling efforts. In addition, his work has led to major developments in social sequence analysis. Gottman heads a non-profit research institute called the Relationship Research Institute, and he also runs a therapist training entity named the Gottman Institute. In 2007, Gottman was recognized as one of the 10 most influential therapists of the past quarter-century by Psychotherapy Networker.

In 1992, Celebrity Speaker John Gottman began conducting a longitudinal study of 52 newlywed couples to predict marital stability and divorce. His research identified variables which could successfully predict which couples’ marriages would remain intact and which marriages would end. Specifically, he found that couples low in fondness for their partners, high in negativity, low in glorifying the struggle, and high in chaos would be likely to divorce. In 2000, Gottman built off of this study, conducting another longitudinal study of 95 newlywed couples to predict marital stability and divorce. Using this data, Gottman created a model which remarkably predicted with 87.4% accuracy which couples remained married or got divorced. Gottman’s research studies have shown four major emotional reactions that are four major predictors for divorce: criticism, defensiveness, stonewalling, and contempt. Using his research, Gottman founded the Gottman Institute, which provides help for relationships and certification for therapists who wish to serve couples. Over the span of his career, Gottman published over 190 influential scientific papers.

In addition to conducting significant research, Gottman has authored and co-authored over 40 books, including the 1999 New York Times bestseller The Seven Principles for Making Marriage Work. Gottman has made a plethora of major media appearances, including Good Morning America, the Today Show, the CBS Morning News, and Oprah. He has also been featured in major publications, including the New York Times, People, Reader’s Digest, the Seattle Times, and the Ladies Home Journal. In recognition of his accomplishments, Gottman has received an abundance of awards, including four National Institute of Mental Health Research Scientist Awards, the American Association for Marriage and Family Therapy Distinguished Research Scientist Award, and a 1994 Burgess Award for Outstanding Career in Theory and Research.