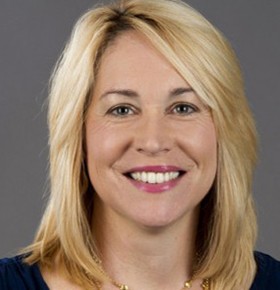 To make any professional sporting venture a success many parts must come together to create the perfect balance. The first part is obviously the players, with fans being step two. Many people, however, overlook the integral role played by the commentator. For newcomers to any sport, the commentator provides a highly accessible glimpse into the action, and allows greater insight into the game for even the most experienced fan. In effect, commentators become part of the face of the league. That being said, few can dispute basketball commentator and sports speaker Doris Burke’s contributions to the game. After a successful high school basketball career as a point guard, Burke was recruited by many east coast schools. Deciding on Providence College, in her senior year she led both her school and the Big East Conference in assists. That year she broke the school record for assists, a record that held for 25 years. Upon her graduation, Burke became a radio commentator for her school’s women’s team before branching out to the rest of the conference. Soon Burke was a television analyst for both the Big East men’s and women’s teams. Before long, she became the lead analyst for the WNBA and then moved on to become a sideline reporter for the NBA. In 2013, she signed with ESPN to continue as a NBA commentator. This means she will serve as a commentator or analyst for both men’s and women’s college basketball as well as for both the NBA and WNBA.  Over her career she has accomplished many feats, including being the first woman to be the primary analyst on a men’s college basketball conference package. In a basketball world dominated by men, Burke is a symbol that being a basketball crazy hoop-head is not gender specific, that anyone who loves the game can succeed in it.

Most recently, Dorris was a sideline reporter and game analyst for the NBA playoff games and the NBA Finals on ABC. Dorris was the first reporter to interview the newly awarded 2015 NBA Champions, the Golden State Warriors as they celebrated during the trophy ceremony. Additionally, she hosts ESPN’s Kia NBA Countdown on Wednesdays during the NBA season.