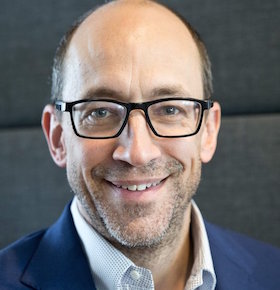 Social Media Speaker Dick Costolo is an innovative tech entrepreneur most known for his time spent as the CEO of Twitter. Costello took over as the CEO of Twitter in 2010 after serving previously as COO. While he was CEO, Costello realized that Twitter had become far more than just a social media platform. Under his guidance, Twitter changed the face of news and media. Twitter has given a voice to those who were previously left unheard and the platform has expedited the process of news getting from the source to the public.

Before Twitter, Costello was involved in a couple other web based startups. In the 1990’s he co-founded Burning Door Networked Media and SpyOnIt which were eventually purchased by Digital Knowledge Assets and 724 Solutions, respectively. Social Media speaker Dick Costello also helped launch FeedBurner which was acquired by Google.

In May 2011, President Obama appointed Dick Costolo to the National Security Telecommunications Advisory Committee. Most recently, Dick Costello announced that along with Bryan Oki he will be launching a new tech fitness startup aimed at building a software platform that “reimagines the path to personal fitness.”

For all of his hard work and the impact he left in the world of social media Business Speaker Dick Costolo was named one of Time magazine’s “10 Most Influential U.S. Tech CEOs and was called “one of Silicon Valley’s most impressive CEOs” by Business Insider.

He has developed a remarkable stage presence from his years of work in improvisational comedy and uses that to deliver impactful, entertaining and insightful keynotes. As a Business Speaker, Costello gives speeches touching topics ranging from business management to the future of technology and social media.