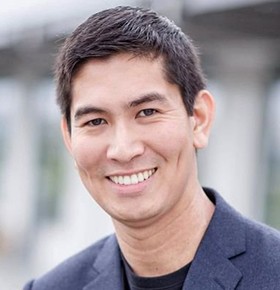 Communications expert and renowned keynote speaker for hire Dex Torricke-Barton has led communications for some of today’s most innovative companies and organizations including Facebook, Space X, Google and the United Nations. Dex has helped leaders such as Mark Zuckerberg, Elon Musk, Eric Schmidt and Larry Page craft their voices for the public. Outside of speechwriting, Dex is passionate about technology, public policy and the art of storytelling. He is a top keynote speaker for tech conferences, business forums and innovation summits.

Dex is a gifted storyteller who shares insights from his time advising the world’s biggest tech companies. He paints a picture of how future technological advancements will impact businesses in different industries and transform societies for the better. He talks about embracing change to harness new opportunity and facing challenges head-on. Finally, Dex also points out the importance of using connectivity to your advantage in work and life.

From 2012-2016, Dex served as the executive communications manager of Facebook. This was a dual-role in which he worked with top executives and served as Mark Zuckerberg’s personal speechwriter. Mark was considered very callous and cold when he first took his company public. Dex is the guy who is mainly responsible for reshaping Mark’s image and making him more personable with the public.

Dex then joined Elon Musk and SpaceX as head of communications for the innovative space exploration company. In November of 2016, Dex left SpaceX to use expertise to focus on positive global social change. Along with several Silicon Valley innovators, Dex formed a grassroots organization called Onwards. The organization explores the social and economic impact of the increasing political divide in the United States.

Prior to Facebook and SpaceX, Dex got his feet wet in global communications at the United Nations beginning in 2008. He worked as a speechwriter/spokesperson for UN Secretary-General Ban Ki-moon. He then moved to Google and was the company’s first executive speechwriter supporting top exec’s Larry Page and Eric Schmidt.