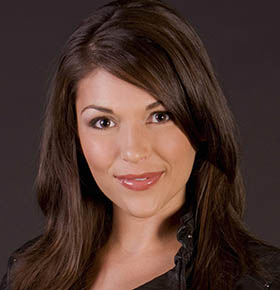 Reality TV Speaker DeAnna Pappas (aka DeAnna Stagliano) is one of the many stars of ABC’s television series The Bachelorette who didn’t find love at the end of her journey on the show. Starting out as one of the contestants on season eleven of The Bachelor, Pappas was one of twenty five other women competing for the bachelor of that season, Brad Womack. DeAnna and Jenni Croft made it to the final rose ceremony where Womack made television history by not choosing either finalist at the conclusion of the series.

Following her Reality TV debut, Pappas was asked to appear on countless TV talk shows including Jimmy Kimmel Live!, ABC’s 20/20, Entertainment Tonight, Extra, and The Ellen DeGeneres Show where it was announced that she would star in the next season of The Bachelorette with twenty five men competing for her. Season four of The Bachelorette aired in 2008 following DeAnna again in her “search for love”. She chose professional snowboarder Jesse Csincsak in the series finale and set their wedding date shortly after. The relationship was short-lived, however, and the couple broke up in November of 2008. She went on to cohost a Lifetime television show called Get Married where she reported on wedding planning and in 2010 she announced her engagement to Stephen Stagliano. Pappas met Stagliano’s brother, Michael Stagliano – who was a contestant on season 5 of The Bachelorette – through hanging out with the Bachelor and Bachelorette crowd. The two wed in 2011 and had their first child in 2014. So one way or another, Pappas’ bachelorette journey did lead to a happily ever after.