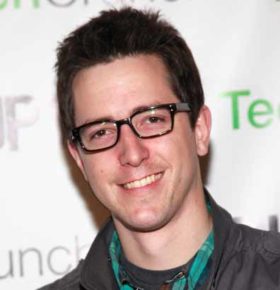 Dave Morin is one of the greatest innovators of the most powerful social networking tool the world has seen to date.  In the world today there are few people who have left the imprint on the social world that Morin has created.  Business Speaker Dave is responsible for many of the key features of Facebook that we experience today, and he continues to innovate as a Co-Founder of Path.

Morin’s path in the technology industry prominently began in 2003 when he started working at Apple in their marketing department.  This laid the groundwork for Morin’s inspiration in the technology boom, and in 2006 he left to join the growing social media giant Facebook.  Here Morin became an innovation superstar with a set of advancements that set ripples through the inter-webs.  His first major contribution was the introduction of a software technology called Facebook Platform.  Facebook Platform allowed for third-party agents/companies to create applications to operate inside of Facebook.  This created an entire realm of activities for Facebook users to engage in through the site such as games, quizzes, etc.  In other words he is responsible for popular apps such as Farmville and Candy Crush, which were mainstays in the Facebook community. Dave’s second major contribution was another software development called Facebook Connect.  Connect allows users to transfer their profile data across other websites and authenticate their identity as a user on those websites.  This allowed Facebook to become a brand presence on other web publications as the primary login software making Connect an extremely valuable brand extension for Facebook.

Morin’s career after Facebook has led him to create another social media site known as Path.  The site is viewed as a companion to Facebook and other social media sites, and limits a person’s social contacts to 150 people.  Dave is a donor to Charity: water, which brings safe drinking water to people in need in developing nations.  As a speaker, Morin has made a variety of appearances including TechCrunch Disrupt SF and MobileBeat.