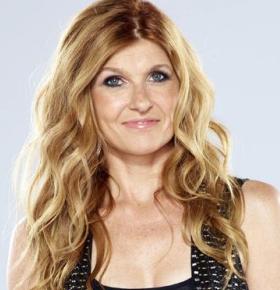 Celebrity Speaker Connie Britton is a popular actress and celebrity mom who has starred in numerous hit TV series and feature films.

he is currently cast as the leading lady, Rayna Jaymes, in the hit series, Nashville, a role that has earned her nominations for the Golden Globe Award for Best Actress in a Television Series Drama and the Primetime Emmy Award for Outstanding Lead Actress in 2012. Britton stars alongside celebrity actress Hayden Panettiere who plays Britton’s young rival, Juliette Barnes.

Long before playing the “Queen of Country” on ABC’s Nashville, Celebrity Speaker Connie Britton began her career in the theatre, acting in off-Broadway roles in New York City. In the mid-nineties she landed a role in the film The Brothers McMullen, an independent film which became one of the most profitable of its kind in that era. She went on to star in several other successful films later in her career, including Friday Night Lights in 2004, A Nightmare on Elm Street in 2010, and Seeking a Friend for the End of the World in 2012.

Following the success of The Brothers McMullen, Celebrity Speaker Connie Britton headed west to Los Angeles where she started looking for opportunities to act in a television series. She joined the cast of Spin City with co-star Michael J. Fox and played his accountant, Nikki Faber, for four seasons. Connie also made recurring guest appearances on television series including Ellen, The West Wing, Lost at Home, 24, and American Horror Story: Murder House. Her next long-term role was on the television series Friday Night Lights which she played the wife of head coach Eric Taylor, played by actor Kyle Chandler, from 2006 until 2011. In 2010 she won the Satellite Award for Best Actress in a Television Series Drama for her role in Friday Night Lights. In 2014, Britton was named United Nations Development Programme Goodwill Ambassador and will raise awareness of UNDP’s work in poverty eradication and women’s empowerment.