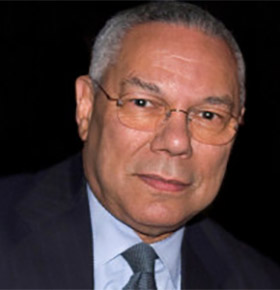 Retired Army General, Secretary of State and Keynote Speaker Colin Powell is a highly sought after conference speaker for leadership summits, industry events and more. Since retiring from public service in 2005, Colin has joined the board of directors for a number of businesses and organizations including Steve Case’s Revolution Health, Salesforce.com and the Council on Foreign Relations. In 2016, Colin was chosen as the opening keynote speaker for eMerge Americas 3rd annual tech conference in Miami.

Keynote Speaker Colin Powell devoted over 50 years of his life to public service, serving in senior military and diplomatic roles across four presidential administrations. He joined ROTC during college and it gave him something to be excited about and look forward to. After basic training, Colin was commissioned as an Army second lieutenant and stationed in West Germany. He served 2 tours during the Vietnam War, the second in which he earned medals for bravery after surviving a helicopter crash and saving 3 others.

His last military assignment came as the 12th Chairman of the Joint Chiefs of Staff, a position recognized as the highest in the Department of Defense. Colin’s military style can best be described as maximizing the potential for success and minimalizing casualties using tactics such as overwhelming force. He became the first African American ever to serve as United States Secretary of State when George W. Bush appointed him to the position from 2001-2005.

Keynote Speaker Colin Powell has collected a number of awards and accolades throughout his career in public service. He has twice received the Presidential Medal of Freedom from George W. Bush and Bill Clinton, and was given the AARP Andrus Award in 2006 for his distinguished service in generating positive social change in the world. 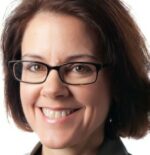